Katie Holmes Stepped Out Makeup Free To Do Some Grocery Shopping 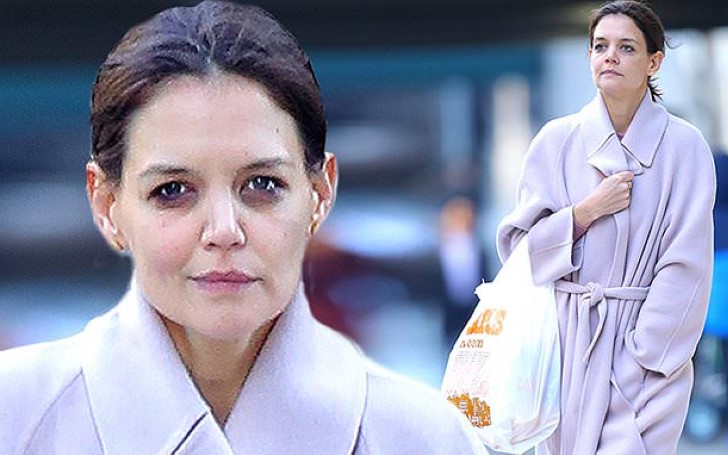 Katie Holmes stepped without makeup to do grocery shopping.

Award-winning actress, Katie Holmes who recently wrapped up filming The Secret in New Orleans and has arrived back in New York City to shop for some grocery on Saturday Morning.

Holmes braved the chilly morning cold wearing all rugged up in a lilac-colored overcoat. The 39-year-old actress who is currently dating Jamie Foxx walked out with no make-up look. 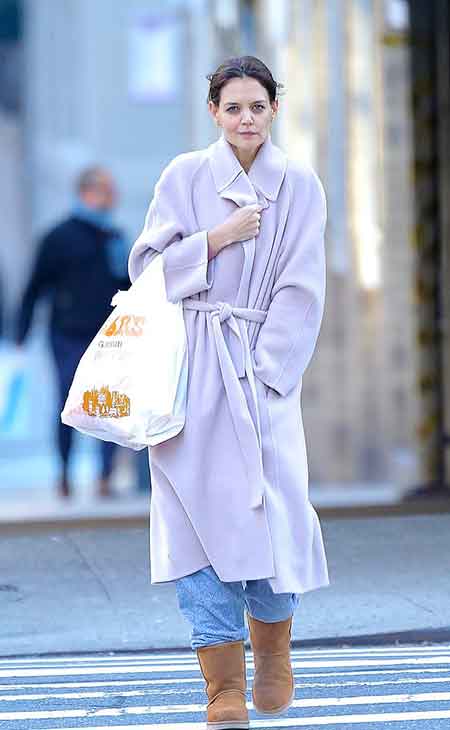 The actress wore no make-up but appeared to have a slight bit of leftover eye-makeup. She kept her hair ponytail and wore golden ear accessories.

Last night, the mom to Suri attended the Z100's Jingle Ball show at Madison Square Garden along with her daughter and daughter's friends.

For the event, she wore a black sheer lace top paired with white trousers. She finished the look with simple hair and minimal make-up.

Discover: How to Wear Leggings Like a Celebrity in This Winter

Katie is back to the New York City after spending two months in New Orleans. She was busy in Orleans filming the upcoming movie, The Secret.

You might like: Jenna Dewan's New Boyfriend Steve Kazee are Continuously Dating for a Couple of Months

Meanwhile, her boyfriend of five years, Jamie Foxx was also busy filming a project due to which they could not spend quality time together.

In fact, Katie and Jamie stayed together in a small $1 million home. Interestingly, the couple was rarely photographed together which is not really a surprise since this is often the case during their relationship.

A source claimed: 'Katie and Jamie are still careful about being photographed together. Everyone knows they are dating, but they still want to keep it private.'

In the next couple of weeks, Jamie will be turning 51 while Katie shall be celebrating her 40th birthday.