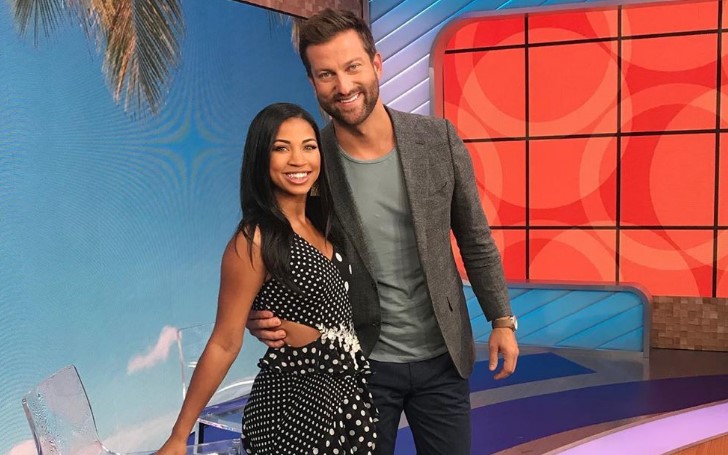 The sixth installment of the show, Bachelor in Paradise, just concluded and we saw lots of waves on the show.

As seen on the season finale, three couple got engaged while one pair got back together. As the season concluded, we thought this was the most dramatic season we have seen so far.

One of the couples who got engaged was Katie Morton and Chris Bukowski. But things did not look good for the couple as Katie opened up about her feelings in a sit down with Chris Harrison.

Katie said she was the one who was giving in the relationship. But she wanted an equal effort from her fiance which she did not find. All in all, the relationship the two carried seemed like a pretty messed up one as Katie was on the verge of giving up.

Things, however, have changed recently; it's a shocking claim by the stars, but Katie said she and her beau, Chris Bukowski are in a much better place.

Watch: Katie Morton And Chris Bukowski Explain Why They're 'So Much Better' After 'Paradise'

In a recent interview with one of the online outlets, the star opened up about her relationship after the couple got engaged on the beach in the season finale.

The interview was emotional for the star and all the people who care about Katie. But the reality TV star said everything that happened on the show was real for her.

Katie said, "It was what it was. It was real; it was honest. I have no regrets. It's different to see yourself in that environment, but we are doing so great now, and so I'm happy. That totally was a growing and turning point for our relationship."

Katie further added the two are growing ever since the Bachelor in Paradise days. It was not for the show only, instead, they found the real connection throughout all of these during the shoot and off camera too.

Chris wrote on his Instagram, "Love is tough. Love is beautiful. Most importantly love is patient. Sometimes you need a shock to the system to put a fire under your ass. What I felt then I feel even more now. I love you @katieemo and can’t wait to feed you pizza for the rest of our lives. #BachelorInParadise."
Source: ChrisJBukowski/Instagram

Adding to her previous comment, the star said it was never easy for them to step into the real world, but the two are doing great lately and trying to live a normal life.

The star added, "I know that that seems unconventional considering we signed up for a reality TV show and it's like, that's not normal. But you know what, we deserve to have this time to ourselves in private because everything's been so public. So, we're taking things slow, and we're finally living things day by day. We're going to find out what's next! That's for you guys so stay tuned."

Meanwhile, though the star said they are doing good, we only see a very little of them when it comes to their social media updates.

When asked, Katie said she and Chris like to keep their profile low on social media, which appear true as we see them post on their social platform lesser than before. But they do update once in a while reminding us, they are still together and doing fine.

And we could not be more happy for these two, as they have found love out of this problematic situation which is appreciable on its own.

To know more about what's going on with life about your favorite reality TV star, stay tuned to glamour fame.