Bachelor In Paradise's Chris Randone And Krystal Nielson Tie The Knot In Mexico! 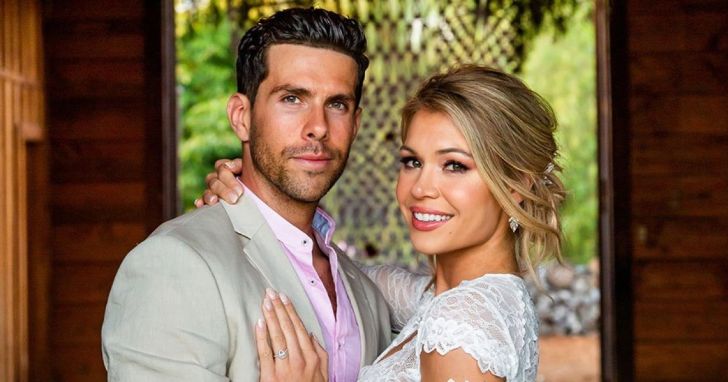 Two stars of Bachelor in Paradise, Chris Randone and his girlfriend turned wife, Krystal Nielson, have tied the knot and that came as not much of a surprise. Their wedding took place at the Vidanta Hotel in Puerto Vallarta, Mexico on Sunday.

The television series' host Chris Harrison was the one to officiate the wedding while other members of the show, including Ashley Iaconetti, Ben Higgins and Jared Haibon, also showed up. The newly-wed bride told People:

'We are so excited to start this new chapter of our lives together... We will have each other's backs forever'.

Randone took to Instagram on Monday to acknowledge those who took part in the celebration of his life. He said that they are officially husband and wife, with big 'H' and 'W'.

So this happened last night...officially Husband and Wife! What a day to remember. Thank you to everyone who shared this special day with us!!!

Likewise, Nielson also posted the same photo around the same time with a caption, 'WE'RE MARRIED'. In fact, it was not unusual for the newly-wed couple's fan to see their lovely photos but they finally solved the big question by really exchanging their wedding vows.

Your arms feel more like home than any house ever did. ❤️ #loveyou

They got engaged last Fall and have been open about their relationship since. Furthermore, it is crystal clear that both Krystal and Chris feel lucky to have worked for Bachelor in Paradise, and they are even thankful for the show which provided them with an opportunity both to recognize and understand each other.

Also, Know: Who Is Matthew McConaughey Wife Camila Alves? How Long Has The Actor Been Married? Learn Details Of Their Sweet Love Story!

Nielson made her Bachelor debut from The Bachelor's 22nd season while Randone joined the show from The Bachelorette's 14th season. Now, the stars of Bachelor in Paradise, Chris and Krystal must have paradisal feelings because they have gained what they prefer to call their paradise.