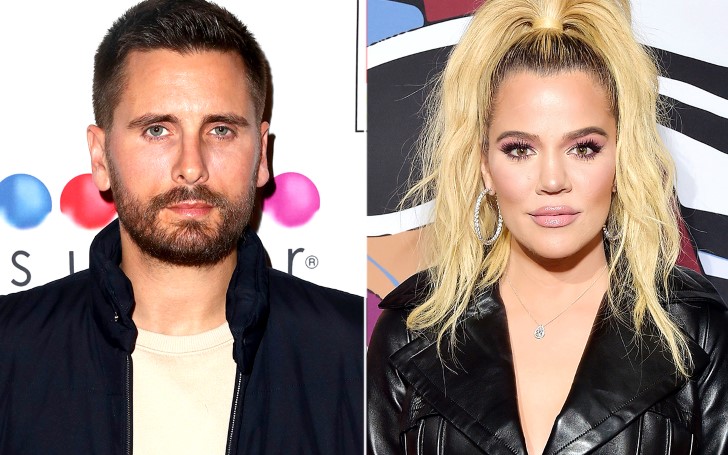 Scott Disick has been very close with the Kardashian family for several years. Not only he dated Kris Jenner's eldest daughter, Kourtney Kardashian, but he is also the father of Kourtney's three children.

Disick and Kourtney separated multiple years ago, but the tv personality and party organizer is still very near and dear to Kourtney's family.

Just a week ago, Scott celebrated his thirty-sixth birthday. And in honor of his birthday, Kourtney's own sister Khloe Kardashian took to Instagram to pay a birthday tribute to the father of her nephews and niece. 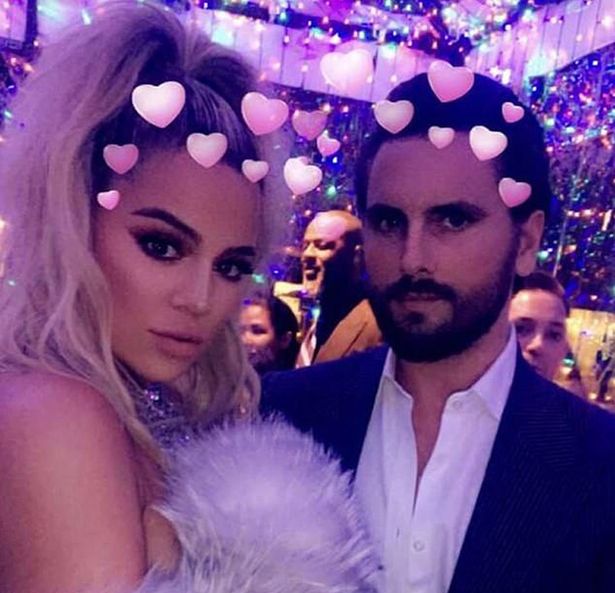 Khloe who recently got called out by her mother for not being nice to Kris' boyfriend, Corey Gamble shared a long, an emotional post indeed, to express how grateful she was to have Scott in her life.

Sharing a dozen of pictures alongside the birthday boy, Khloe, in her words, said in the caption section:

"Happy birthday to my brother @letthelordbewithyou !!! I am so thankful to have such an incredible addition such as you to our family! We have come such a long way, you and I! I am so thankful for the person that you have grown into. I am thankful for every highs and lows because we have been through it all and we are closer than ever. I am proud to say that you are my brother and also one of my best friends! Have the best birthday Lord!! FOREVER the Lord and the Lady"

As one of the fans commented: "Great picture glad to see you getting along so well," whilst another one added: "Scott is the Best Kardashian.. Yer dioou are the best brother-sister duo..."

A third person wrote: "I love your friendship. My best friends are married to each other & I have a very deep bond with them both. It's a treasure 💎 Happy Belated Birthday" 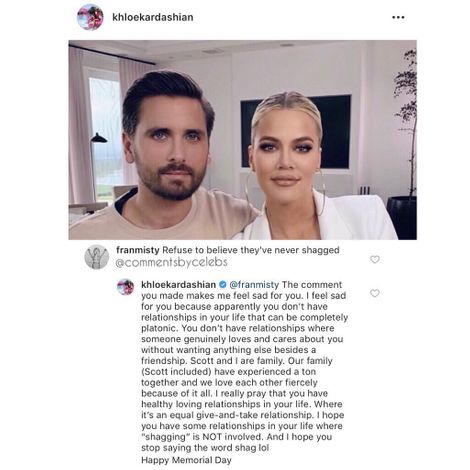 Among the thousands of comments, however, one comment suggested that there was more behind the friendship of Khloe and Scott claiming that there is no way that the two never hooked up before.

The comment infuriated Khloe so much that she decided to fire back at the person with a long message that described her relationship with Scott.

Since breaking up with Kourtney, Scott has been dating twenty-six years junior model Sofia Richie, the daughter of musician Lionel Richie.

As for Khloe, she is currently single and focused on raising her daughter, True Thompson. The 'Keeping Up with the Kardashians' has not dated anyone since her breakup with former cheating boyfriend Tristan Thompson who locked lips with Khloe's half-sister Kylie Jenner's former best friend Jordyn Woods.