home Fashion Kirby Howell-Baptiste Looked Incredible In A Pantsuit At The Premiere Of Why Women Kill And It Cost Less Than $10!

Kirby Howell-Baptiste Looked Incredible In A Pantsuit At The Premiere Of Why Women Kill And It Cost Less Than $10! 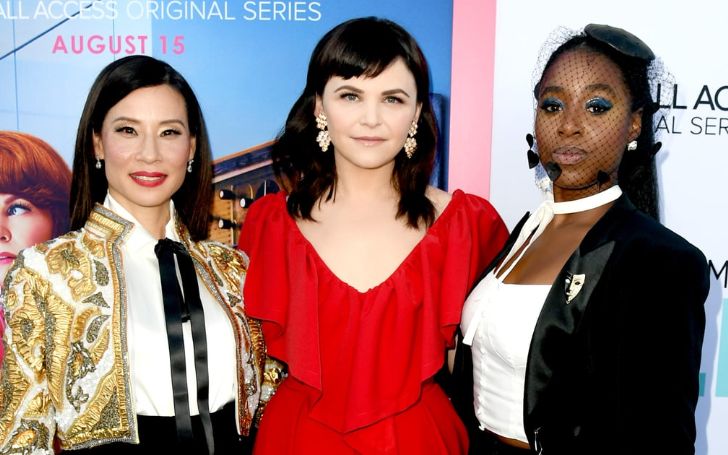 Versatile television star Kirby Howell-Baptiste looked incredible in a black and white pantsuit at the premiere of her upcoming TV show 'Why Women Kill'.

Kirby Howell-Baptiste who won our hearts with her finest work on Killing Eve - which is about to premiere awaited season 3 and HBO 'Barry,' astonished us this time with her unique sense of styling.

Kirby proved fashion is not bought by riches instead your sense of creativity as she opted for the classic looks spending less than $10.

Yes, you heard it right, the showbiz industry where one spends thousands of dollars on high-end designers dress to get those raunchy looks, Kirby proved fashion doesn't demand any of those instead requires a little-bit of creatives.

The down to earth actress didn't shy away to share how she groomed for the special Television conference; sharing her glamorous snap on Instagram among her thousands of fans on Wednesday, August 14.

The 32-year-old star Kirby wore a black suit embracing it with a white t-shirt and a white choker. She was on a black hill and a vintage net veil with matching outfit designs and earrings.

"I bought the suit I'm wearing for $6.99 (not a typo) from a thrift store in the valley," Kirby said in her caption alongside a photo from the red carpet.

The 32-year-old actress exclusively shared, most of the looks she gravitates towards to are vintage and often second-handed or borrowed.

The actress has an open mind and motive seeking perception about the reusability that we can apply. Kirby expressed,

I firmly believe we have more than enough and in making more fast/throwaway fashion, we further damage this rad-ass planet unnecessarily. When possible, I try to buy secondhand clothes, or things that are consciously made, then pop in a few newer bits and bobs here and there.

"I had the idea that I wanted to wear a suit and also cover my face somehow. Then stylist extraordinaire @aubreybinzerhelped the whole look come together with a white shirt, a 'category is: funeral realness' fascinator, and lots of gorgeous vintage accessories."

Howell sure brought the classic style back with her thrift shop rendition not only impressing us with her styling choices but also with her sense of humor. Well, Maia Mitchell from Riverdale was no less as she won our hearts with her sweet and simple appearance on Teen Choice Awards.

What do you guys think about Kirby's wardrobe choices? Stay tuned and connected to find updates and intriguing articles on your beloved media stars.