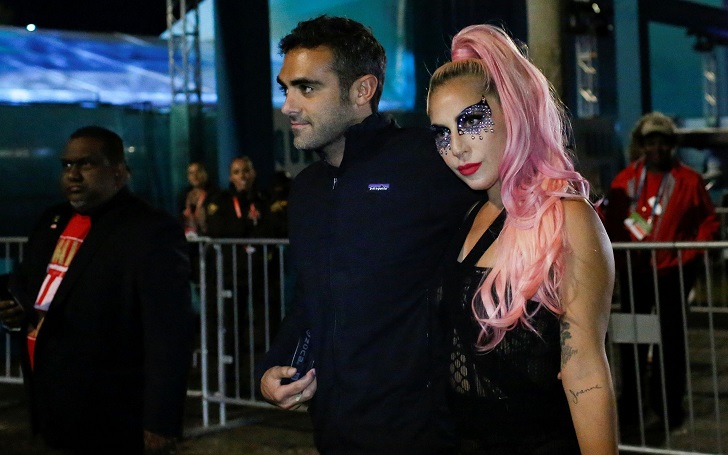 Never mind the weird dresses she wears in red carpet events, there's something else everyone would like to see Lady Gaga take to the red carpet with her. Or rather, someone.

After a PDA-filled New Year's Eve, the 'Bad Romance' singer finally confirmed about who she's been seeing for quite some time. Actually, followers just discovered who her beau actually was. After Gaga went to the SuperBowl in Miami with a guy and posted a very intimate photo with him on Instagram, there were no doubts left.

The man in the pictures from New Year's Eve, as well as from her post, has been identified as a businessman and entrepreneur by the name of Michael Polanski.

"We had so much fun in Miami. Love to all my little monsters and fans, you’re the best!"
Source: Lady Gaga, Instagram

Polanski is an investor and the CEO of the Parker Group, the umbrella organization which runs Sean Parker's businesses and charitable endeavors. He also happens to be a Harvard graduate. Meanwhile, Parker is the co-founder of Facebook.

Per recent reports, the sources say it was Parker who was a medium between the two coincidentally meeting through events he hosted at his LA mansion. They met at the event for his self-titled foundation first and then reconnected during his birthday party last December.

Watch: Polanski Was a Mystery Man a Few Weeks Ago

Suffice to say, Lady Gaga and Polanski hit it off right away and were photographed kissing on the balcony of her rented Miami mansion on New Year's Eve. They apparently spent the evening at the Bavette’s Steakhouse & Bar in Las Vegas and "were kissing for at least an hour," according to a particular source.

The 33-year-old then went to Super Bowl LIV as they were seen leaving the Hard Rock Stadium in Miami when the Kansas City Chiefs defeated the San Francisco 49ers. The two were dancing together during the halftime show performed by Jennifer Lopez and Shakira.

There also was one moment people might've missed. When Lady Gaga was performing at the AT&T TV Super Saturday Night Show at the Meridian at Island Gardens in Miami, Polanski was spotted watching her show on a VIP balcony while chatting with Gaga's mother.

Polanski is the first relationship of the pop star after she called it quits with ex-fiancé Christian Carino early last year. A source confirmed the end of the engagement in February 2019.

"It just didn't work out. Relationships sometimes end," the source stated, adding that the pair split "a bit ago." "There’s no long dramatic story."