home Lifestyle Who is Lane Kiffin's Wife? Learn About His Married Life Here

Who is Lane Kiffin's Wife? Learn About His Married Life Here 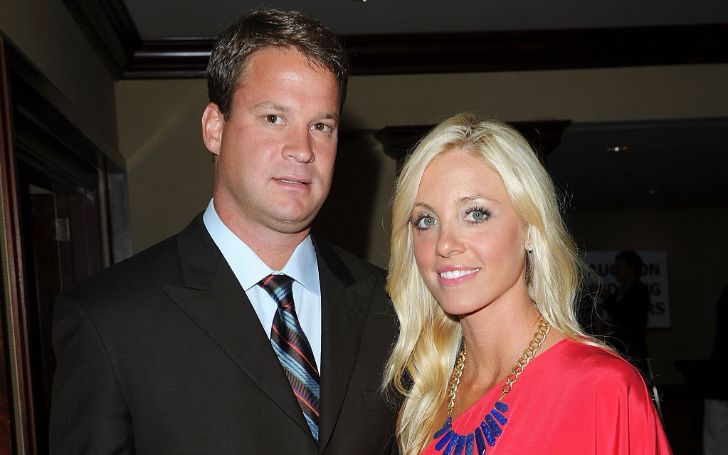 Lane Kiffin's Wife: All the Details About His Married Life Here!

The football fans must've often heard of the name Lane Kiffin, an American Football coach. In the present moment, the winner of Conference USA titles at Florida Atlantic coaches at the Ole Miss, i.e., University of Mississippi.

The Fresno State University alumni, born on May 9, 1975, grew up with a football background. No wonder the former football player Lane's acing the field with more 10-year experience as a head coach.

The athletic individual's got an interesting personal life. Back in 2015, Kiffin received immense media attention due to his relationship rumors. Continue reading to know more about Lane Kiffin's partner.

Who is Lane Kiffin's Partner? Learn About His Relationship Status!

The finalist of Frank Broyles Award(2014) for the best assistant coach, Lane Monte Kiffin, was in a content marital life with Layla Kiffin. The pair tied the knot back on 1st July of 2004 after dating for a short span. Sadly the duo called off their marriage in 2016; details are below.

Layla, born on January 3, 1974, grew up in Gainesville, Florida, with her family. Lane's ex-wife is the child of a renowned Football player, John Reaves, who played in the NFL for 11 seasons representing top teams like Tampa Bay Buccaneers/ Bandits, Cincinnati Bengals, and Philadelphia Eagles.

Recommended: Who is Cole Hamels' Wife? Learn About His Married Life!

The former USC Trojans assistant coach's wife, who graduated from Bucholz High School, met her ex-husband in 1999 through her father, who sadly, due to addiction problems, passed away in 2017. Despite the tragic end to the duo's long relationship, they are happy in their current life. Continue reading to know more about the aftermath of their divorce.

The quarterback's coach at the University of Alabama, Lane Kiffin, ended his 12-Year long marriage with Layla on 28 February 2016. The couple shared three beautiful children, Layla's raising them after their divorce.

According to reports, the pair backed down from their marriage after Lane was rumored to have an affair with the daughter of his head coach. Layla couldn't stay in a relationship anymore hence took an intrepid move in ending it.

Recommended: Who is LeVar Burton's Wife? Learn All About Their Married Life Here!

The divorce settled with Layla owning approx. 34.5% of Lane's income for the children. Even though the alimony almost got Kiffin broke, the athlete is in a respectful relationship with his ex-wife as their foremost priority are the kids. They are seen celebrating their kids' birthday together, Everyone can witness the parents' effort for the child through it.

If you enjoyed this article, don't forget to visit Glamour Fame for more content.