home Lifestyle Learn The Secrets Of Jessie James Decker Maintaining Her Diet While On The Road: 'It Makes Me Feel Good'

Learn The Secrets Of Jessie James Decker Maintaining Her Diet While On The Road: 'It Makes Me Feel Good' 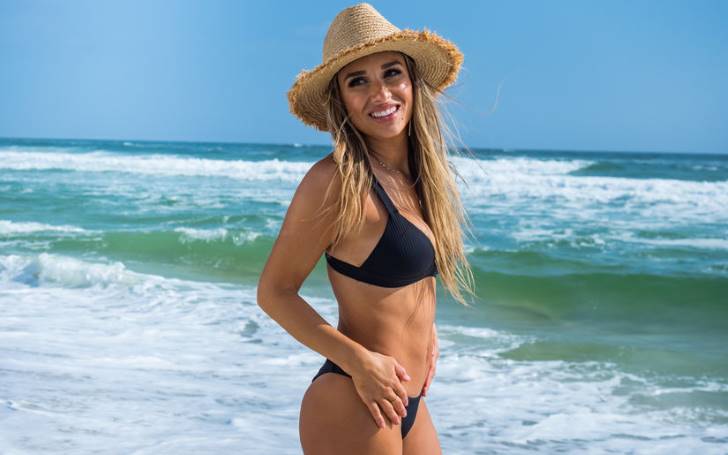 Singer Jessie James Decker shares her secrets to maintain her body whilst she is on the road.

Jessie James Decker endured a tough journey with the pregnancy and the birth of her children, but the singer surely has come a long way.

The 'Lights Down Low' songstress only welcomed her third child, Forrest Bradley Decker eight months ago and she is already back to her normal body.

The Tv personality has been working hard with regular workouts and strict diets. But, it's not always easy for the singer to maintain her weight especially when she usually has to perform and travel a lot for shows that usually involve drinking and unhealthy foods.

Jessie James, however, has the solutions to them too. In a recent interview, the Kittenish owner and designer opened up speaking how she manages to take care of her health and body. 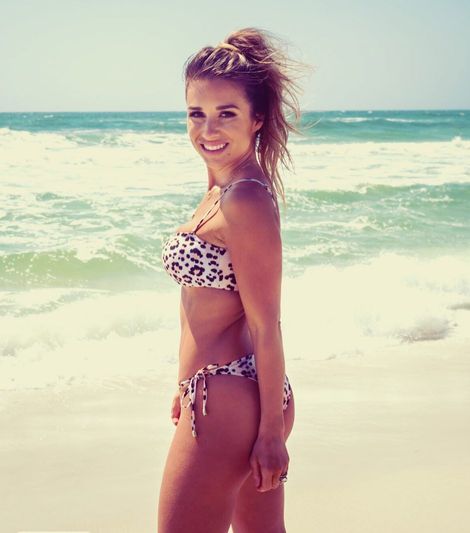 In her words, Mrs. Decker said: "It’s pretty hard on the road because there’s so much catering and so many snacks, and in the first three dates I found myself eating pizza after my shows, and I was like, ‘Okay, I am not doing this."

Also to maintain the balance, she gets her hands on protein shakes as soon as she is done with performing. Jessie's protein shakes usually contains 20 grams of the nutrients and says it really helps her with feeling good.

Besides, Jessie also often prefers to work out on stage which she thinks is a much better thing to do than consuming unhealthy food.

According to the mother of three, staying healthy and fit is not just for herself. The celebrity, in fact, decided to maintain her health for her children too.

I know I just posted a lot of videos and a picture but I’m just so excited about this program and really feel like it could help anyone who is struggling with weight loss! I know you’ll see a lot of people in the public eye and they drop weight in what seems like five minutes after having a baby and I think we all feel like we should live up to those expectations. I’ve even been guilty of that myself and thinking I need to rush and lose weight two months after having a baby when I see all these skinny girls post baby but that is just not realistic for the majority of us. I have been every shape and size over the last 4 1/2 years from having children and never had to worry about losing weight until I had kids. I had good metabolism and had always been that way before. Having children definitely changed everything and I’m so blessed and grateful to have my babies as y’all know but it definitely can test your self-esteem when you are used to looking and feeling a certain way. I got up to 165 pounds with my first baby and being 5’1 it was really hard on my frame and I definitely struggled self esteem wise. I wish I would have known about the South Beach diet then. This is the fastest I have ever lost weight from all of my pregnancies and I truly think it’s just from educating myself and knowing what to do and having this program right in front of me. My goal now as far as my body goes is to be healthy and happy and fit not “skinny” just fit and healthy and the best version of myself. don’t ever feel like you hit a dead end road or you want to give up or feel hopeless. I see y’all’s DM‘s every day asking me and I can finally really share with you everything combined in one Instagram post!! I want to answer any questions y’all have in the comment section about this program. I even have provided a before and after shot. I’m a little nervous about showing y’all that before because I was pretty uncomfortable but I want to keep it real with you guys! I really feel like this program can help and it keeps you on track and is not complicated. I love y’all and also want to add that I got South Beach to give you guys 40% off if you use link in bio @southbeachdiet

The singer says that she never cared or gave a second thought about what she was eating until she had her kids, and admitting that she 'worked really hard to get to where' she is, she will not discontinue maintaining the 'healthy lifestyle' for her children.

So, what does really Jessie survive on when she feels like to have a drink? We mean, understanding the lifestyle of celebrities, it can be surely boring at times.

As a matter of fact, the singer even partnered with the label for promotion and says: "It’s zero sugar so it’s perfect with the South Beach Diet method, and I’m not cheating! I didn’t start drinking until later, and you taste a lot of different alcohols and they just don’t taste very good, but the Smirnoff Zero Sugar Infusions were very welcoming to my palate."

Besides Forrest, Jessie who is married to husband Eric Decker is also a mother to her eldest child, a daughter; Vivianne Rose Decker, 5, and son Eric Decker II, 3.