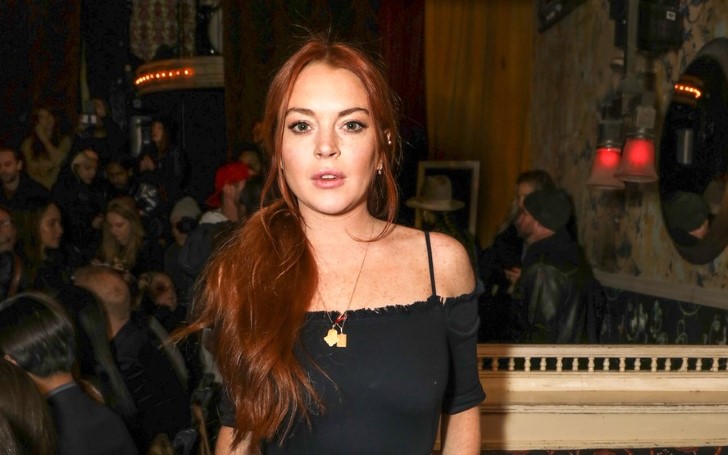 Lea Michelle outruns Lindsay Lohan for a desirous Disney role; see what the latter has to say on the issue.

Mean Girl actress, Lindsay Lohan has long said her 'dream role' would be Ariel in Disney’s, The Little Mermaid. And the former child star seemed very surprised to learn that Lea Michele (from the Glee) will portray Ariel in the Hollywood Bowl's 'live-to-film' performance of The Little Mermaid (1989) this summer.

After the event’s official Instagram account, TheDisneyPrincesses revealed that Michelle would be the performer of the show, Lohan seemed to be quite irked on the decision, leaving a comment that said: 'Huh? Ariel was my dream Role with #merylstreep.' Though, the remark has been now deleted by Lohan.

It's okay Linds, you'll get em next time. #CommentsByCelebs

Michele is not actually playing Ariel, but just about to intone her songs live for The Hollywood Bowl crowd, while the animated film plays in the background. The Hollywood Bowl will be for two nights only, on Friday, May 17 and Saturday, May 18, boasting an all-star cast lead by Michele while Harvey Fierstein exhibits as Ursula, Cheech Marin as Chef Louis, Peter Gallagher as King Triton, Leo Gallo as Prince Eric and Ken Page as Sebastian.

Also Read: Cheetah Girls Reunion is Freaking Out The Fans

The gathering will also see a special guest with composer Alan Menken, who will perform the songs from the Grammy and Oscar-winning score, escorted by a full, live orchestra. As for the much-awaited live-action remake of The Little Mermaid, director Rob Marshall, who is coming off Disney's musical hit Beauty and the Beast remake (2017), recently suggested there might be new songs. The helmsman said, 'There are things I’ve learned about how you have to work to integrate songs into the story, and how it has to feel earned,' he said. It can’t just be sort of put there, placed there because you feel there should be a song.'

Despite Lohan throwing some shade over at the studios’ decision, Disney going with Michele for the job seems quite an appropriate resolution. In addition to multiple Grammy nomination, Lea has a lengthy history of performing in stage productions from an early age.

Recommended: Avicii's First Posthumous Track Will Be Released Next Week

It’s quite explicit as to why Lohan is being put off by the statement. To date, the actress' past lifestyle has caused her many problems, and despite what appears to be a genuine passion on her part to continue to work in film, it seems that promising roles are in short supply for Lohan these days. On the other hand, Michele still holds a reputation of a sweet and innocent Barbie-esque persona among the tinsel town.

As for the greatly envied Ariel role, there was a report from That Hashtag Show that claimed Zendaya from 2017, Spider-Man: Homecoming has been frequently considered as a slam dunk. Lohan most recently starred in the film Among the Shadows, which was released in March and also starred in her own MTV reality series, Lindsay Lohan's Beach Club, which premiered on the network back in January.