home Entertainment Did Lindsie Chrisley Go Under Knife? Find All The Details Here!

Did Lindsie Chrisley Go Under Knife? Find All The Details Here! 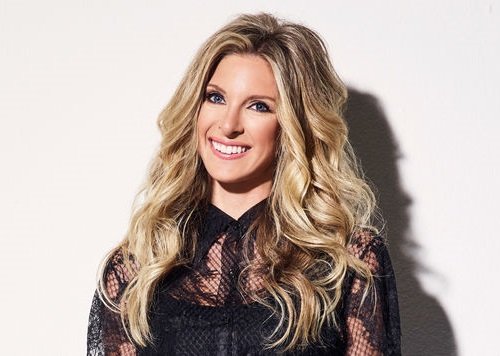 Did Lindsie Chrisley go under the knife? Find all the details here!

Lindsie Chrisley is no new name in the television industry. The star is mostly known for her work in "Chrisley Knows Best," the USA Network reality show. Lindsey shot to fame because of her real estate tycoon father Todd Chrisley and their family's glamourous life that was showcased in the aforementioned reality show.

The television star reportedly left the reality show after a strained relationship with her father. The 39 years old now is a blogger and runs her own podcast, "Coffee Convos," alongside Kaitlyn Lowry. Continue reading as we bring you intimate details on Lindsie's life.

Lindsie had eloped with Will Campbell and married him in 2012 against her father's wish. Young Lindsie had her first child Jackson Campbell in 2013.

Lindsie Chrisley reportedly had her breast augmented, and her father, Todd paid for it.
Photo Source: Daily Mail

Chrisley's brazen plastic surgery soon exposed her family's secret. According to a report by Radar, Todd's most of the family members had gone under the knife.

A leading plastic surgeon had said that Todd himself, his wife Julie, and daughter Savannah had most probably gone through a number of fixtures, including a nose job, fillers, and lipo. No wonder the tycoon is bankrupt now.

The Chrisley Knows Best alum had created many rifts in her family when she married her first love Will Campbell against their will. But the couple's marriage started to go downhill after the birth of their son.

Lindsie told People, "I just don’t feel that relationship gives me what I need anymore. I’ve outgrown the relationship.”

Lindsie Chrisley eloped and married Will Campbell against her family's wish in 2013.
Photo Source: The Celeb Info

After two years of singlehood since their split in 2016, Lindsie and Will decided to give their marriage a second chance for the sake of their son.  But the rekindle didn't work as expected since Lindsie soon complained about the failed attempt.

She said, "If two people  are not happy with one another and are trying to make it work just for the child and not for themselves personally – that’s not in the best interest of the child, or either of us."

Just when you thought the father-daughter relationship couldn't get any creepier, Lindsie made headlines in 2019 when she accused her father and brother Chase Chrisley of blackmailing her.

Lindsie Chrisley made headlined in 2019 when she accused her father and brother of blackmailing her.
Photo Source: News Week

Lindsie reported that her father and brother threatened to release her sex tape with Robby Hayes and Josh Murray.

Check Out: Midwin Charles' Huge Net Worth At The Time Of Her Death

Todd had already made Lindsie's extramarital affairs with Hayes and Murray a public knowledge by then, which further strained her relationship with Will. Following this lewd family drama, Lindsie left the reality show and started afresh on her own.