home Lifestyle Who is Lisa Boothe's Partner as of 2021? Learn About Her Relationship Status Here

Who is Lisa Boothe's Partner as of 2021? Learn About Her Relationship Status Here 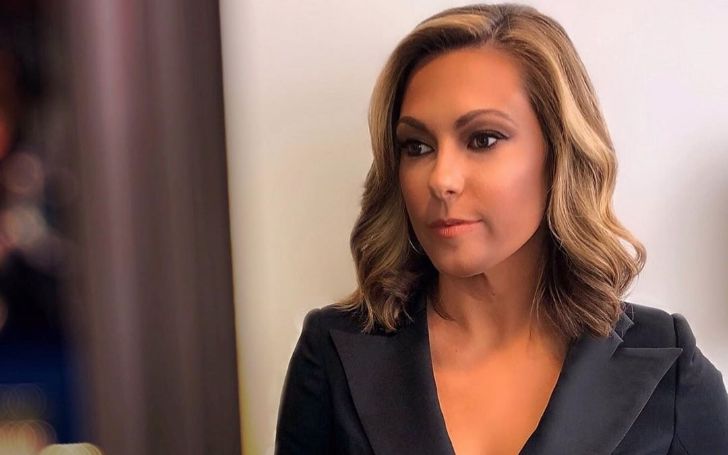 Lisa Boothe's relationship status as of 2021: A look into her love life!

Lisa Boothe is a well-known journalist, political analyst, and commentator. Currently, she is working at FOX News Channel as a news contributor. She is also the founder and President of High Noon Strategies, political communications, and public relations.

On February 3, 1985, she was born in West Virginia, US, to Jeffrey Ferris Boothe and Dianne Marie. She is the only daughter and had three brothers. Well, her love life gains the most attention, which is right ahead of this article.

Lisa Boothe's mysterious love life came into the limelight after posting her pictures on Facebook and in comments. There was something that cleared all the confusion and matter about her relationship.

The famous FNC contributor has been in a relationship with John Bourbonia Cummins for a long period. In a smiling picture of her, she replied to a comment stating, "Love You, Mean it."
On The comment of John Bourbonia, who posted a comment stating, "Thanks for cropping me out!" It was quite a spectacular moment which she replied to that particular person.

She hasn't been very open about the ups and downs that happen to her outside of her profession. Lisa has been in a relationship with John Bourbonia Cummins for several years, but the couple hasn't shared plans for the future. They don't have children together.

Who is John Bourbonia Cummins?

John Bourbonia Cummins drew attention with his girlfriend, the popular Republican strategist and political commentator who regularly features on CNN, Fox News, and Fox Business. It happened when the Fox News contributor posted a picture on her social media handle, which attracted a comment from Cummins.

Lisa boasts of a successful career that started in 2008. She has held various positions in prominent corporations and worked with elites. Lisa landed her first-ever job as a staff assistant in the US House of Representatives in 2008. She has held that position for the timescale of 1 year and seven months.

Lisa Boothe has been through several career progressions over the years.
Photo Source: Famous People

Also, she worked at the National Republican Congressional Committee, where she served as an assistant press secretary in July 2009. Later, Lisa became a spokeswoman for Tommy George Thompson and Sandy Adams election campaigns in 2012. She has also worked with several other high-profile political big giants, Mark Meadows, and Shelley Moore Capito.

Lisa secured another worthy role at Black Rock Group, strategic communications, and public affairs firms in 2013. Afterward, she worked as a senior director in the firm for close to two years. Then, Lisa won the position of Vice President of Political Polling and Public Affairs Research at WPA Research in 2015. She served in the position for six months.

Moreover, she became a leading Washington Examiner contributor in 2016. She held that position for more than one year. That same year, she secured a job at FNC and founded her firm, High Noon Strategies.