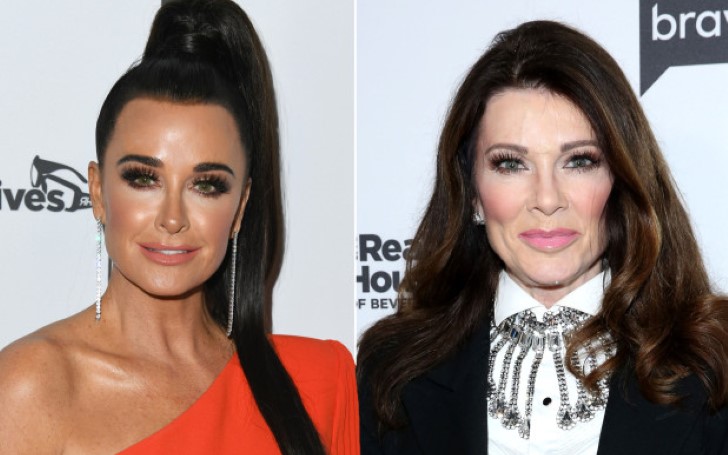 The ongoing feud between the reality stars Lisa Vanderpump and Kyle Richards doesn't stop them from attending the ‘RHOBH’ premiere.

On Tuesday night's premiere of The Real Housewives of Beverly Hills, there were emotional scenes between Lisa Vanderpump and close friend Kyle Richards.

During the opening episode of season nine, fans observed the war of words between the two pals which led to the breakdown of their friendship in recent months.

Their feud was almost carried into real life at the show “The Real Housewives of Beverly Hills" premiere party on Tuesday night.

According to an insider to Page Six on Wednesday, Lisa and Kyle's feud didn't stop them from attending the party.

“Lisa got to the premiere party early because she had a family and friends dinner at TomTom. As she was departing in her car, Kyle had just arrived.”

The angry friends, however, didn't see each other as they were at two opposite ends.

“They were at opposite ends of the restaurant at that point. Kyle was starting her interviews while Lisa was in her car.”

While Vanderpump, 58, didn’t get a chance to chat with Richards, 50, as per some sources the reality star had “quite a wonderful night” regardless.

Meanwhile, Richards posted a picture of inside the party held at Gracias Madre with her co-stars.

“The Real Housewives of Beverly Hills” returned to Bravo on Tuesday finally showing the beginning of the end of the reality stars’ friendship.

Still, the restaurateur Lisa doesn’t regret anything from this season except not taking a break from filming after the death of her brother.