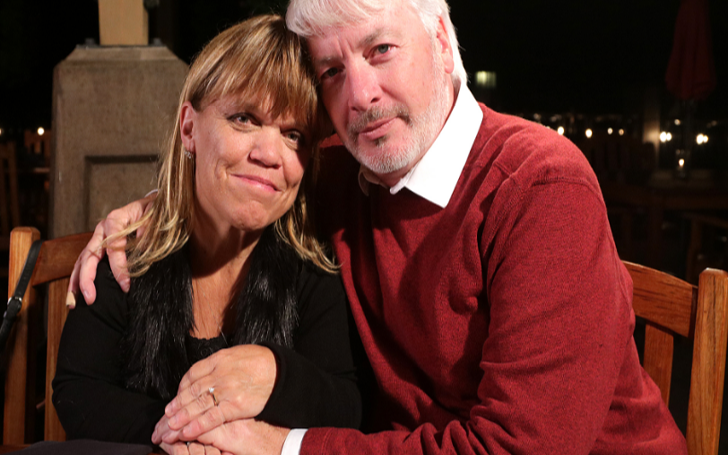 Matt Roloff congratulates his ex wife after she said yes to the proposal from Chris Marek.

After dating for three years, Chris Marek was finally able to muster enough courage to ask his girlfriend Amy Roloff to be his wife. Chris popped the question, and when she said yes the 'Little People, Big World' star was presented with a heart-shaped diamond ring and the engagement was made official.

Now, the former husband of Amy is taking to Instagram to congratulate his former wife in her jubilant day. Matt Roloff was with his friend Ty when he told him the news and took to the photo-sharing site to congratulate the newly engaged couple. He wrote, “My buddy Ty and I got together for our regular Saturday morning breakfast today… He doesn’t do social media …so I filled him in on Amys exciting engagement news. Congratulations to Amy and Chris!!”

It was a nice gesture from Matt, and it was nice to see the former couple getting together well. After 27 years of marriage, she filed for divorce in 2015, and it was finalized in 2016 with the two, former husband and wife headed their separate ways. Both Amy and Matt were back, dating other people after their divorce, and Amy talked about being single and enjoying her time with the then friend Marek.

Amy was more than happy just being in a relationship, and she was surprised after meeting in 2016, Marek would propose to her after three years of relationship. “I’m excited. I’m so surprised, I’m thrilled! I never in a million years thought I’d be getting married again, but I also hoped for it! Now that it’s happening, I couldn’t be happier or more excited,” the mother of four shared.

The LPBW star was not aware of the intentions of her partner, but Marek was planning for this day for a long time still when the moment of truth arrived, he was not ready and felt nervous but still pushed through. “I was very nervous!” Marek shared. “It had to be a heart-shaped diamond because I knew that’s what Amy wanted.”

The couple seems to be doing well, and if Amy’s Instagram stories are anything to go by, then you can see she is over the moon to be getting married again. She imagined never being ready to marry again, but when the right man asked, she just couldn’t say no.

The newly engaged couple didn’t share a time or date for their wedding but just going by the excitement of the two Marek and Amy will probably tie the knot pretty soon. Maybe, right in time for us to be able to see it when the new episodes of Little People, Big World debuts in 2020.

Before you leave, make sure to click on Glamour Fame to see the collection of everything our writes are doing today. If you want to know more about the Roloffs then head on over to Entertainment tab, we’ve got you covered.