home Entertainment How Rich is Lola Lennox? What's Her Net Worth in 2021? 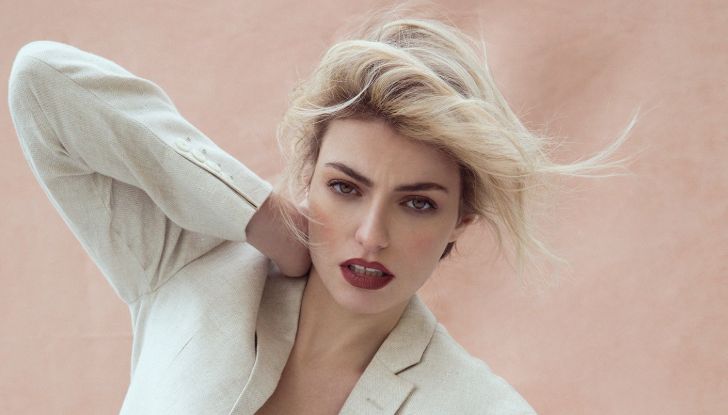 Lola Lenox's Net Worth in 2021: Read the Updated Report Here!

An acclaimed pop star in her own right with hit singles like Pale, In The Wild, Back At Wrong, the English singer however tells that she feels insecure when compared to her legendary mother. Lola Lennox is a singer-songwriter and model but widely viewed as the daughter of iconic singer Annie Lennox.

Born to Annie Lennox, the former Eurythmics lead vocalist, and Uri Fruchtmann, an Israeli film producer, Lola has often expressed how her mother's career is used as a yardstick for her accomplishments. The mother-daughter duo, nevertheless, has been collaborating on few projects lately, garnering great appreciation for their upbeat energy. Continue reading as we bring more details on Lola and her accumulated fortune in 2021.

As of 2021, Lola Lenox's Net Worth is estimated to be a whopping $2 million, a colossal amount considering Lola's recently begun career. But just a portion if compared to Annie Lenox, who reportedly has an estimated net worth of $60 million in 2021.

The Pale singer interestingly isn't a fan of her mother's music and says she was inspired by musicians like Dusty Springfield, Nina Simone, and Ella Fitzgerald growing up. Born in a star-studded family, Lola is also a sister to the model Tali Lenox.

Lola Lennox has an estimated Net Worth of $2 million in 2021. Photo Source: The South African

Trained in classical singing at the Royal Academy of London, Lola's solo foray into her music career started a little late. Lola first appeared on live television alongside her mother in 2015, after which she got to perform with Lucas Nelson & Promise of the Real.

In 2019, she was offered to co-write the soundtracks of the BBC docuseries Serengeti. Lola released her debut single In the wild on February 7, 2020, and has few more singles released since then, some written and co-produced by her mother, Annie.

Is Lola Lenox Committed or Single in 2021?

Lola believes she had to put extra effort into making a path for herself to make a distinctive identity instead of hanging on the coattails of her mother. Lola has appeared in Teen Vogue magazine alongside her sister Tali and was even featured in Topshop 2010 campaign. The singer is signed to Next Management.

Unlike her mother who has been married three times, and has hit a number of dating rumors, Lola has rather stayed low key on her romance. The British singer is not single in 2021 and is still dating her long-time boyfriend Braeden Wright, a Canadian model. The couple reportedly lives together in Los Angeles.

Lola Lennox's "Wherever You Go"!

Lola's most recent single "Wherever You Go" hits home, the singer says she wrote the song for the closed ones she has left behind in her quest for success. Lola told Metro: "Despite the song reflecting the challenges of longing, I wanted the music to feel positive and express the excitement that comes with having people in your life to love."

Produced by her mother Annie Lenox, the single showcases a neat resemblance between the mother and daughter's vocals. "Judging by her few singles released, the 30 years old may be following down her mother's acclaimed career", opines a reviewer.