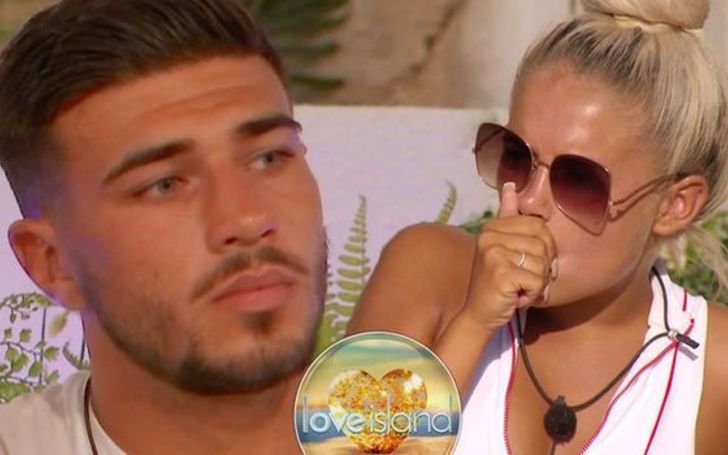 The viewers of Love Island witnessed Tommy Fury ask Molly-Mae Hague to become his girlfriend on Monday night’s show, Following the sizzling happenings the pair discussed the ‘L’ word as the boxer opened up about his love for the social media influencer.

After expressing the words of love, Tommy’s girlfriend just didn’t reciprocate the statement. This very instance got the majority of viewers questioning if adamant Molly is not attracted to him.

“How long do you reckon it’ll take to fall in love? Do you think you’re already falling?”

He also added that he genuinely "feel like I love you.” To which, Molly responded: “Really? You just gave me goosebumps when you said that.”

The stunning reality star went on to express that she keeps going to say it but keeps stopping herself as she “wants to save it” whilst everything is good between them.

After watching Molly avoid saying 'I love you' back, viewers took to Twitter accusing her of fake romancing Tommy.

Although there were many who were pin pointing her mistakes other viewers defended Molly's unique decision not to return the 'L' word. Moreover, they also came through with the claim, saying if anything it proves how serious she is about her man as she would have uttered the word straight away if she was in fact playing a game.

One person pointed out,

"Some people saying ‘why hasn’t molly said i love you’ um because she doesn’t have to fall for someone after such a small amount of time, whether she’s his gf or not. she had insta followers & a successful youtuber before the villa. there’s no fault in molly mae [sic],"

Another also presented a similar thought stating, "Molly Mae is not in love with him, it’s okay it’s only been a month, it’s not by force to say I Love You."

On more than one occasion, Lucie already confronted her feelings for Tommy but each time Tommy lays the facts that he's serious about Molly-Mae but he'll always be there for her as a friend.