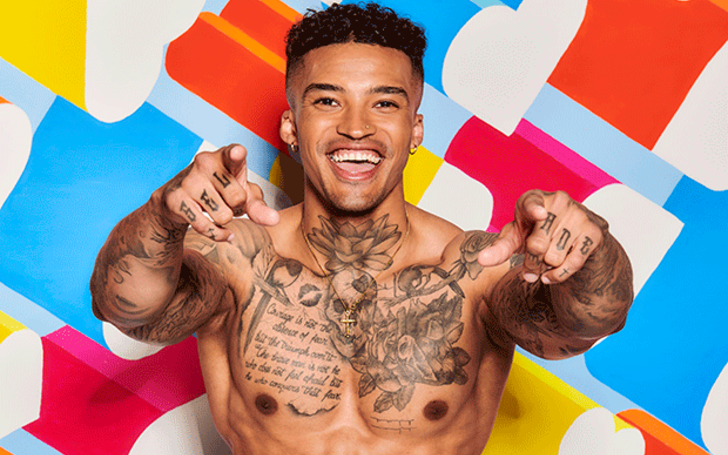 Partying, boozing and having fun, yeah this is how Love Island star Michael Griffiths rolled around until a hook on the face.

It seems like Love Island star Michael Griffiths rolled to much fun as it ended up with a brutal nightclub fight where cops were called to handle the situation in the Bournemouth club.

The 27-year-old star was initially spotted making a personal appearance at the Cameo nightspot, catching up with fans and snapping selfies.

Unfortunately, some female punters came forward and started swinging punches at Michael, and they started a fistfight.

Getting some blows on the face, Michael stayed behind a metal railing and soon security guards started descending the scene.

Shortly during the bitter dispute, five cops arrived the spot and put a handcuff on the reality star. After warnings, the police let Griffiths go. The funny part was they took some selfie with him - fame power.

Check Out: Michael Griffiths jokes with police who 'handcuff' him

Well, being such celebrity is a hard thing to deal with after all haters are a bonus gift if you roll into such prominence.

Since his days in the villa, the lady magnet always gets into trouble when it comes to ladies; he sparkled some heat between islander's Joanna Chimonides and Amber Gill.

Do you know, the cast members make a mint from nightclub appearances as Firefighter Michael makes around £2,500 for appearing on the club. Be careful Michael, don't ruin your paystub.

Moreover, Love Island winner, Tommy Fury and finalist Curtis Pritchard are billing £10,000 to attend the parties as shared by The Sun.