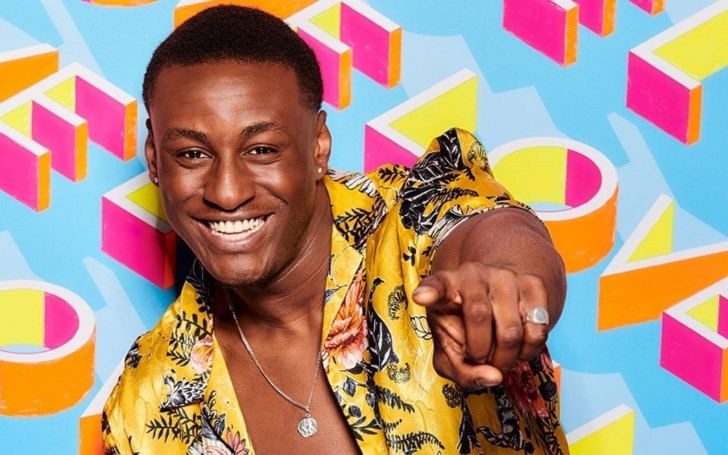 Sherif Lanre believes that he was the victim of Unconscious Racism.

One of the contestants of Love Island, Sherif Lanre recently came through with the claim that he fell prey to ‘unconscious racism’ after being kicked out of the villa.

The 20-year-old reality star recently opened up about the fact that he was removed from the villa following his gruesome act of kicking fellow islander Molly-Mae Hague in the groin.

Sherif Lanre claims to be a victim of racism.
Source: Metro

"I can’t rule out that racism was a factor here. I think there may have been some unconscious racism."

"By that I mean, the producers might not have been aware of what they were doing, but they may have had an inherent bias in their minds that caused them to act against me."

The chef reminisced the instance in which he got pulled aside for calling Amber ‘lighty’ which he acknowledged was a ‘poor choice of words’. During a tete-a-tete with the Sun, Sherif also expressed it was his bad on using the word ‘rape,’ after claiming that one of the other contestants spoke about hitting on girls, even when they weren’t interested. Although the reality star maintained that he didn’t mind being the only black man in the villa, he told the outlet how the way he was kicked out left a bad taste in his mouth.

Some viewers took to social media to air their agreement with Lanre's stance on the issue. ‘The reason why Sherif was kicked out of the villa is Qwhite interesting,’ one wrote.

That face you pull when you realise Sherif has been kicked out over play fighting and Maura hasn’t been kicked out after forcing herself on someone... #LoveIsland pic.twitter.com/U8KfWIeFkc

While another went on to add ‘I’m in the club right now. I’m yacked. Just seen the news about my g sherif. ITV are racist bro. Double standards. ITV are racist,’.

A Love Island spokesperson filled Metro.co.uk in through a statement,

"We would strongly refute any accusation of racism. All of the Islanders are treated fairly and in accordance with our duty of care.’ The former Islander recently revealed that he was removed from the villa after kicking fellow contestant Molly-Mae in the groin."

While indulging in a talk with The Sun, Sherif shed some light on how he later joked about the incident to Tommy Fury referring to it as a  'c**t punt.’ Sherif confessed to having kicked Molly-Mae in the groin area but maintained it was an accident.

Check out: Sherif Lanre kicked out of Love Island villa.

The reality star further elaborated, Molly seemed 100 percent fine afterward as she stood up and we started laughing about it. However, Sherif did come forward with a willingness to apologize.

Although racism seems like a strange issue on the reality show, Love Island has endured a fair share of issues over racism.