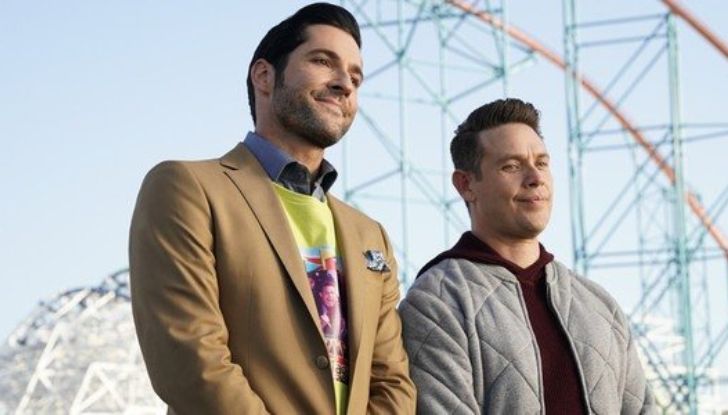 Lucifer fans were heartbroken when Kevin Alejandro's character Daniel Espinoza was killed off in the Fox comedy-crime drama's season 5.  His alter ego Daniel may be dead forever, but Alejandro has already landed a leading role in an upcoming show, reportedly.

Alejandro will be playing a man suffering from PTSD and survivor's guilt.
Photo Source: Digital Spy

The Wrap reported on 2nd June that Alejandro is set to lead a new limited series. It will be based on Katie Rogin's 2018 novel Life During Wartime and will follow the story of Jim Vargas, who is dealing with PTSD and survivor guilt following his brother's death on 9/11. As per sources, Kevin's production named Alejandro's film production, in co-operation with Craig Anderson Production, has secured the right to Katie's book.

Alejandro, starring alongside Tom Ellis and Lauren German, garnered massive fame with Lucifer. Before the acclaimed show, Kevin appeared in several series, including the fantasy-horror drama True Blood, the comedy-drama Parenthood, and the superhero series Arrow. Now prepping to star in somewhat more thought-provoking and true to life, Alejandro shares a piece of his mind on his upcoming.

"I'm moved by anyone who wrestles with the experience," says Alejandro.
Photo Source: Cultured Vultures

Alejandro and executive producer Craig Anderson, in their joint statements, said, "The process of healing after trauma has no rules; Life During Wartime observes, dramatizes, and gets inside this struggle and ultimately confronts the disorder. Can it be conquered or is it just survival? I am moved by anyone who wrestles with this experience." The show doesn't have any network attached to it yet, and its casting and filming are still under development.