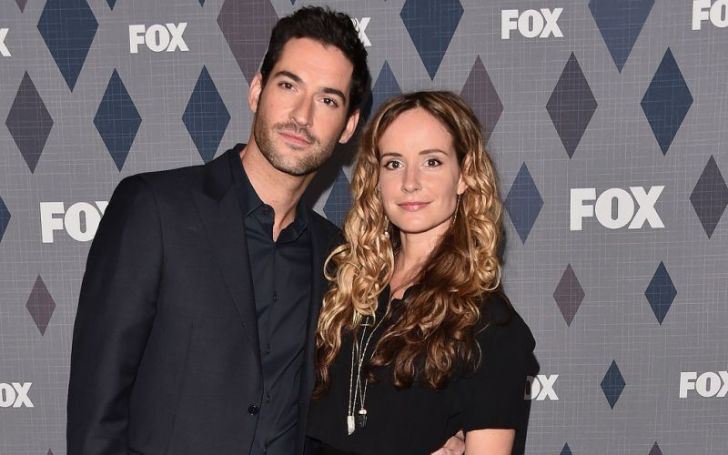 Tom Ellis is a married man as of now!

Tom Ellis, the lead star of Lucifer tied the knot of holy matrimony with writer Meaghan Oppenheimer over the weekend in an elaborate ceremony. Moreover, the couple said their I dos while they were accompanied by several of his co-stars.

The couple crossed each other's path back in 2015 and have been enjoying a splendid romantic indulgence ever since. The duo is referred to as one of the best power couples out there squeezing the uttermost out of their personal and professional life.

Oppenheimer’s writing talents have been poured upon various endeavors one of such being 'Fear the Walking Dead' on AMC. To add up, she has also written 'Queen America', which she created, on Facebook Watch.

The couple showcased their big hearts on the occasion of their union as they asked their guests to donate money to Planned Parenthood instead of wedding gifts.

The nuptials is the second for Tom while it is the first for Meaghan.

The previous year's Sexiest Man Alive shared 8 years of marital union with Tazmin Outhwaite before getting divorced in 2014. As a matter of fact, the two share two daughters namely Marnie, 6, and Florence, 10. Ellis also has another daughter, Nora, 14, from another past relationship.

Best of wishes for a happy married life to the couple!