home Entertainment Luke Evans and his Boyfriend Fran Thomas Debut as a Couple. All the Details Here

Luke Evans and his Boyfriend Fran Thomas Debut as a Couple. All the Details Here 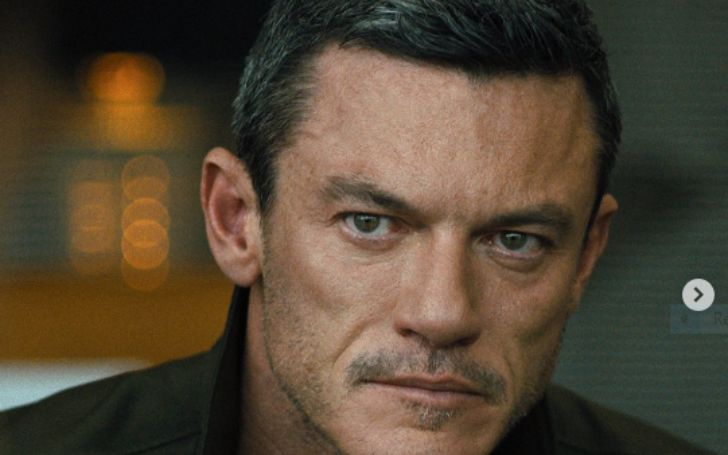 Recently, the actor appeared on the red carpet with his boyfriend, Fran Tomas. The duo blazed the event with their hot chemistry. Do you know when and how the pair started dating? How is their love life going? Scroll down to read about the pair's dating story.

Evans and his boyfriend, Tomas, debuted as a pair in the red-carpet event on 29 December 2022. They attended the event in style, enjoying each other's company. Further, the red-carpet event was placed in St. Barth for the second annual fundraiser. The pair surprised everyone with their sizzling chemistry.

As per people.com, the actor told I'm just happy going into the new year (2023), closing the year 2022. The pair reportedly met for the first time in 2021 while filming Nine Perfect Strangers in Australia.

Evans and his boyfriend, Tomas, are often captured with each other on different occasions. They share a strong bond; however, there is no information about the pair's wedding plans.

A Quick Look at Evans' Past Relationships and Partners

The middle-aged singer once had a relationship with Rafael Olarra, Victor Turnip, and Jon Kortajarena. Also, he was rumored to date Holly Goodchild and Indiana Evans. Though he had many unsuccessful relationships in the past, he shares a strong bond with his now partner, Tomas.

The Dracula Untold actor is an active social media user. Similarly, Luke Evens is available on Instagram with the username @ thereallykeevans. He has 3.4 million followers with 2337 posts.

The singer shares a healthy relationship with his family and friends, as seen in his posts. Evens often shares pictures of his fun moments on his social media platforms.

Not just this, Evans often shares pictures and videos of his outings with his boyfriend, Tomas. Mr. Tomas is a Spanish graphic designer. Besides his fame as Luke's boyfriend, Fran managed to gain a massive online following of his own!

Luke is a good-looking guy with a good fan following on his Instagram account. Further, the pair never misses a chance to flaunt their love life on different occasions. Also, Evens and his lover make frequent appearances on each other's IG posts.

The talented actor Evans has movies and TV show credits like Dracula Untold, Beauty and the Beast, High Rise, Fast and Furious 6, Crossing Swords, Nine Perfect Strangers, The Alienist, Midway, Angel of Mine, State Like Sleep, and more.

Mr. Evans is known for his acting and amazing singing skills. Similarly, his upcoming projects are 5lbs of Pressure, Our Son, Good Grief, and Beauty and The Beast (tv miniseries).