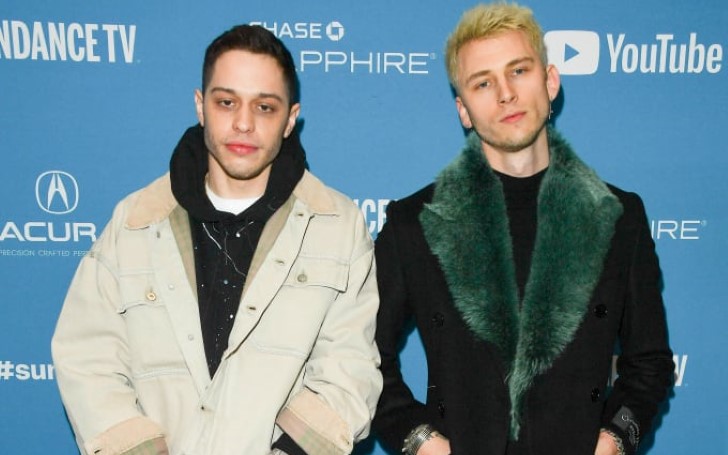 Machine Gun Kelly admits to being a fan of the relationship of his best friend Pete Davidson and actress Kate Beckinsale.

The world is totally aware of the fact that Pete Davidson is in a relationship with actress Kate Beckinsale, a woman 20-years older than him. Age is just a number after all.

As a matter of fact, Kate's 23-years-old ex-boyfriend warned Pete against dating the actress suggesting him to 'run' and 'be careful'. Despite all the warning and age gap, the pair seem to be having the best of times in their romantic indulgence. 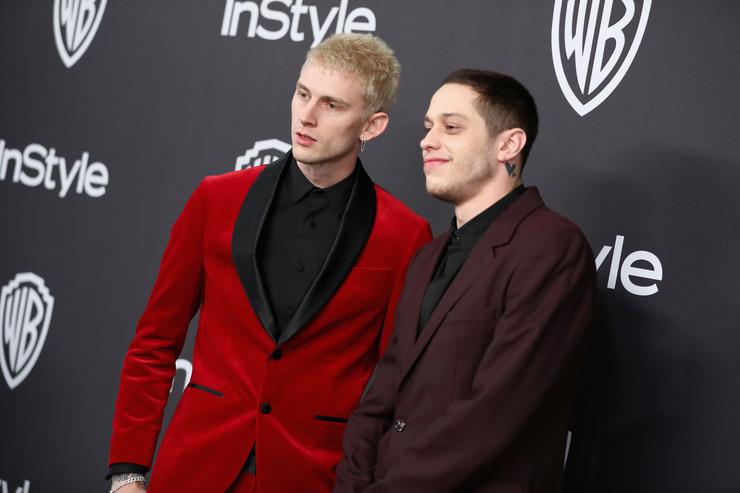 MGK a fan of Pete and Kate's relationship
SOURCE: HotNewHipHop

TMZ inquired Machine Gun Kelly about his thoughts on Pete and Kate's relationship while he was leaving The Nice Guy in WeHo on Tuesday evening.

"I love that shit...that shit's tight"

In fact, the rapper also confirmed that he was a big fan of older women as well. He also claimed to know the reason why Kate's been dating younger guys as of late. Kelly told the outlet that young guys 'rock' and this is the reason why Kate was attracted to them.

Reportedly, it only took MGK 15-seconds to figure the actress out about the intentions she had for his friend. In addition, he also labeled Kate as great.

Pete and Kate sparked dating rumors mid-February while they were holding hands in the streets while on a date. The duo's romance was provided firm grounds when they were sighted smooching each other at a recent hockey game. Ariana Grande, Pete's ex-girlfriend also approved of their relationship calling it 'so cute'.