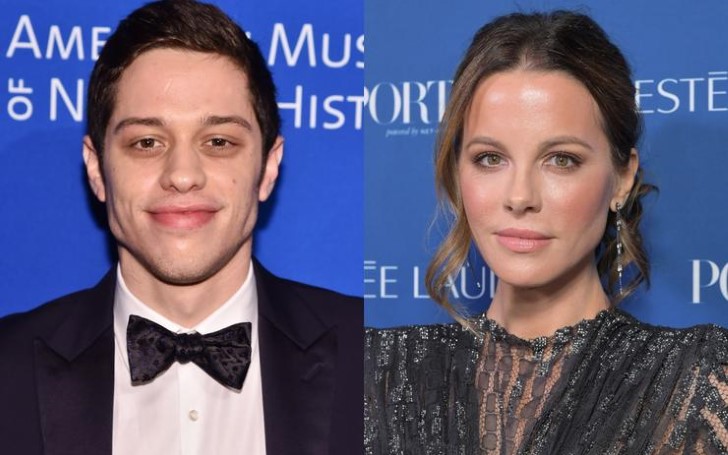 The comedian Pete Davidson and Kate Beckinsale displayed a bit of PDA while leaving a club in Los Angeles.

The rumored couple was photographed holding hands as they departed from the Largo at the Coronet in Los Angeles where Davidson was performing a comedy set.

As the pair headed to their car together, Kate donned a black-and-white plaid knee-length ALLSAINTS and Lara Check coat and black boots. The actress wore her hair up pulled back in a ponytail, leaving some loose pieces of hair down to frame her face with a light peach blush on her cheeks, and a mauve-rose lipstick.

Read more: Pete Davidson and Judd Apatow are Teaming Up For Comedy For Universal

The unlikely duo first sparked relationship rumors after the comedian cozied up to the 45-year-old actress at a Golden Globes after-party.

According to an insider to Page Six, Pete and Kate 'were flirting all night and sipping Moët champagne' at the event.

Beckinsale is a mother to a 19-year-old daughter Lily Sheen with her former partner, actor Michael Sheen. The Underworld actress was married to film director Len Wiseman from 2004 until 2016.