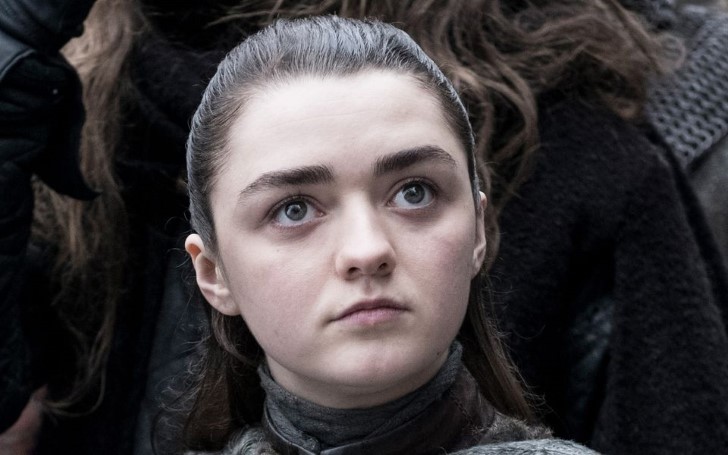 Maise Williams reveals her favorite kill for an unexpected reason.

Arya Stark from the famous series Game of Thrones played by Maise Williams started off as a young innocent 10-year-old Stark girl who eventually turned badass.

Over the seasons Arya developed a reputation of a highly skilled murder machine avenging her family.

En route to vengeance, Arya racked impressively ever-growing body count. Amongst all the gruesome killing which one is her favorite?

Answering the query, Maisie spoke to The Guardian revealing her favorite kill was an odious creep Meryn Trant who made it to Arya's list of people to be killed after he beat Arya's older sister Sansa.

Meryn met his timely demise after Arya stabbed his eyes and slit his throat. It undoubtedly was a classic Game of Thrones violent death scene.

This was a solid choice but, for an unexpected reason. Maisie loves this kill as she was more concerned about the on-set pizza at the time of filming.

The actress revealed she had turned 16 then and was just beginning to be able to work adult hours.

During the shoot every time the crew comprised of 100 people went overtime, they ordered pizza and that definitely is a whole lot of pizza.

During the very take, Maisie was impatiently waiting for pizza which makes the kill her favorite as she was rewarded pizza after the scene.

“And I was wearing that little nightie, and going, ‘Is the pizza here?’ and they were going, ‘One more take and you can have pizza’. I’d be covered in blood, and there was blood all over the dagger in my hand, and then I’d be stomping outside for a piece of pizza, gnawing on it. And I remember thinking, ‘Wow, this is my life. I’ve given up school for this,’ and just thinking it was the coolest thing ever. So that was a fun death.”

Game of Thrones Season 8 is premiering on HBO in the US and Sky Atlantic and NOW TV in the UK.