home Entertainment Manny Khoshbin Net Worth - How Much Does He Make From His 'The Khoshbin Company'?

Manny Khoshbin Net Worth - How Much Does He Make From His 'The Khoshbin Company'? 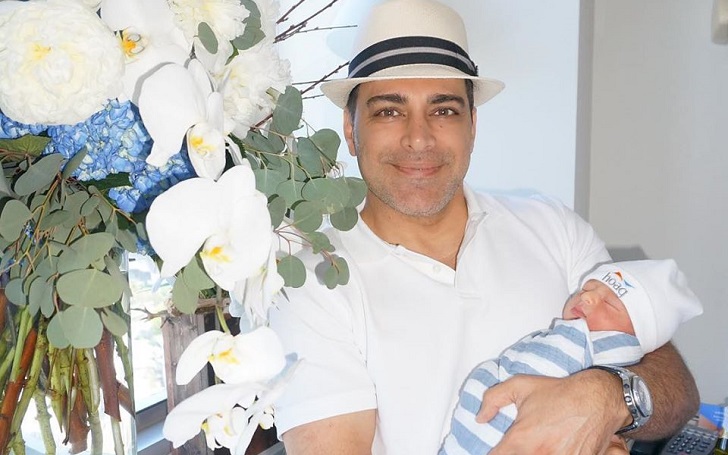 oGet the information regarding the entrepreneur, Manny Khoshbin's net worth. Learn his assets and total wealth!

You might see Manny Khoshbin riding down the block in his rare all-white McLaren P1. But he didn't just get to where he is now without doing anything. Smart decisions and multiple fails tactics are behind the massive success of the real estate mogul.

As with many businessmen, his story is not that of an overnight success. And it's a fascinating one. He had a goal since his family abruptly left Iran for the US and had to survive tooth and nail. His ambition of living the American dream has paid off after all the hardships and racial discrimination in his early.

Khoshbin is now a self-made millionaire after he single-handedly built up a massive envious real-estate empire with his 'The Khoshbin Company.' His net worth is mighty impressive, much like his car collection.

Manny Khoshbin Has a Net Worth of $80 Million While Making a $250 Million+ Real Estate Portfolio.

As of September 2021, Manny Khoshbin possesses a net worth of $80 million. As pointed out above, it's all self-made. His story will support the fact.

Khoshbin was a teenager (14) when his family entered the States from Iran for a better life for their children. But it was not as they dreamed of in the beginning as they could barely speak or understand English.

We were forced to live in a 1972 Datsun station wagon for a few months till my dad got a job and raised enough [money] for a deposit and rent to secure a two-bedroom apartment.

Everything had been a motivation for him as he looked up to Sylvester Stallone when growing up in the US. One major fuel for success has been the internet and tech, with which he constantly shares tidbits of his success story, especially on Instagram.

At 16, he landed his first job at Kmart with a wage of $3.15 per hour. He saved every last cent he could for the dream and didn't even use a car when he was promoted to Assistant Manager after a year. He was mocked for using public transportation.

Like many, Manny has failed in his attempts too. But unlike most of them, he persevered and pushed forward by taking advantage of the information available on the Internet. He obtained a real estate license in 1992. After working as a loan officer for a mortgage company, he started the company, 'The Khoshbin Company,' in 2004.

The entrepreneur exploited the information from thereon to understand, research and finally but his first investment property — a single-family home located in Gardena, California. He renovated it with every penny and credit he had to put it on the market for rent.

Khoshbin achieved $100,000 in two years from the rent sale. 'Invest and Multiply' was his policy as he didn't spend any of the earned amounts. He purchased three more homes with the money.

Slowly but surely, the company was growing as he moved on from single-family homes to small apartment buildings and finally into commercial real estate.

'LoopNet' Was the Biggest Online Access to Information for His Success

Now, the company owns over 2.5 million sq. ft. of commercial and residential real estate across the United States. He's bought and sold more than $450 million worth of real estate over the years. By the time he released his book, 'Manny Khoshbin's Contrarian PlayBook: How to Build Your $100 Million Real Estate Portfolio From the Ground Up' in 2011, he had, yeah, $100 million real estate portfolio. As of 2021, he has over $250 million.

Always look up on the Internet for information.
Source: Dolce Mag

The 50-year-old has stressed how, among all the others, the website, loopnet.com, had the biggest impact on his business. Manny started researching on it, created alerts to feed him the right information at the right time and steadily got to where he is now.

Supercars and Hypercars Are All Part of His Garage. Worth? Close Enough to His Net Worth

Yes, they are. For some of us.
Source: Manny Khoshbin, Facebook

To be more precise when it comes to Khoshbin's PaganI Huayra Hermès Edition car, it is the only edition that was made at the request of the business. In fact, the beast is the only edition that Khoshbin owns in the entire world. And, Khoshbin's car features twin-turbo AMG V12 that can force 750 horsepower and 735 lb/ft of torque. Other than that, the car is a joint venture between Pagani and Hermès.

In late 2018, the father-of-two bought the Koenigsegg Agera RS Phoenix, the fasted production car in the world, for $2.2 million, instead of the Agera RS Gryphon that crashed during the initial testing. It was a little strange, but it was like he invested in the car as well, as he made a huge profit after selling the car only about half a year later.

After it was delivered to him, Khoshbin got an offer through a mutual contract, where he quoted $5 million for the car. After negotiations, it was dropped to $4.1 million, which still got him a whopping $1.9 million profit from one item. That's a $496 increase every hour in his possession. Bet Christian von Koenigsegg would've wanted to do that if he wasn't the founder and CEO of the car company. The car is credited as only Agera RS now.

By the start of 2019, the real estate businessman had increased his car collection to be worth $30 million. But he has no intention of stopping there. Just this late September, he released a YouTube video showcasing the next line of cars coming into his garage. It will be worth $17 million. That's $47 million worth of cars in 2020, quite close to his net worth (which is also obviously not stopping to increase anytime soon).

Watch: Six Cars Coming in As Khoshbin Explains the Specs of Each One

There are six new cars in the addition. One, of course, is the Koenigsegg Jesko, which is in production. Manny grabbed one of the 125 build-slots at the 2019 Geneva International Motor Show in March for around $2.8 million. The others are a 1 of 1 Hermes Bugatti Chiron, 2017 Ford GT, Porsche 935, McLaren Speedtail and a Mercedes AMG ONE.

Furthermore, adding to his collection, Khoshbin recently purchased Mercedes-AMG GT Black Series P One Edition which is priced at $325,000. The model that features a black and silver star is the first one to arrive in the US. In fact, Manny had learned from a Sales representative at Mercedes-Benz that there had been his and only another order for the beast.

Aside from all the money talk, Manny Khoshbin has a model for a wife, Leyla Milani, and two lovely kids (a son and a daughter) with her. They met on Facebook! Head on over to our detailed section of Manny Khoshbin's love life with Leyla Milani for more information.