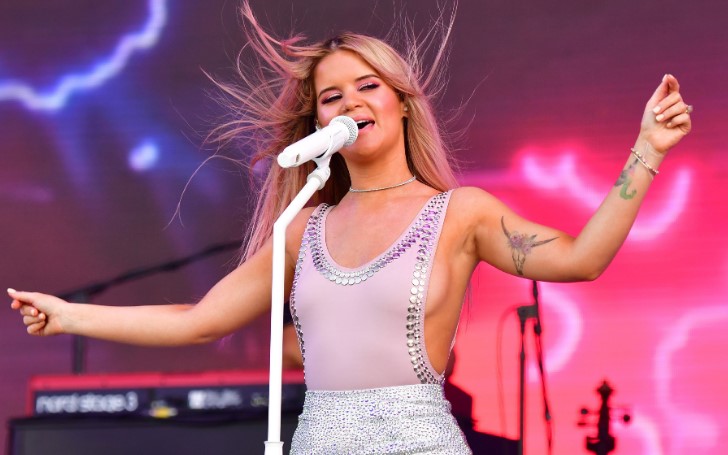 Maren Morris' powerful song, 'Better Than We Found It,' is out now.

Maren Morris is here with her yet another single 'Better Than We Found It.' The singer shared her powerful songs with fans on Friday, October 2, 2020.

According to the reports, the new powerful single of Maren Morris was written by the singer herself, along with Jessie Jo Dillon, Jimmy Robbins, and Laura Veltz.

Watch: Maren Morris - Better Than We Found It (Official Video)

The report further suggests 'Better Than We Found It' was inspired and is a powerful message of change, asking its listeners not to stand by when there is injustice, but instead work together to leave this world better than we found it.

The music video of the song was directed by Gabrielle Woodland. The story follows sets three people, Gustavo Flores and his brother, Jade and Emma Rose, and the family of Daniel Hambrick.

Each set of people tell a different story, addressing the current ongoing issues in the United States. From Black Lives Matter to deportation to nasty crimes, are intricately presented.

The video further features the real photos from the protests around the country, interspersed with the singer performing the song in a church.

Morris, on her Twitter, announced she would donate a portion of proceeds from the song to 'Black Women's Health Imperative.

"Better Than We Found It, the video. Grateful for everyone in the video who told their story & for [George Woodland] for sharing them so beautifully. it felt so good to write after this damn week."

You May Also Like: Usher and His Girlfriend Jenn Goicoechea Announced Their Child's Name.