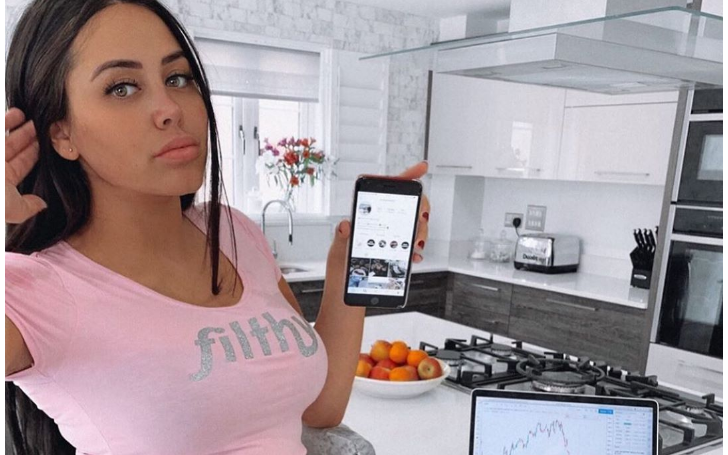 The Marnie Simpson shared a few posts of her naked bump on her Instagram on which she looked incredibly hot, carefully covering her modesty.

Marnie Simpson shows off her naked pregnancy bump on social media as the TV personality said her 'baby boy is getting bigger by the second.'

The 27-year-old 'Geordie Shore' star is 27 weeks pregnant with her first child with boyfriend Casey Johnson.

The star shared a clip of her naked bump on Instagram on Tuesday in which she looked incredibly hot as the star sat on her bed, carefully covering her modesty.

See Also: Teen Mom 2's Maci Bookout Is Pregnant Again, Is It For Real Or Is Just A Rumor?

Boyfriend Casey can be seen behind the star as he lay in bed, with only his hands visible.

In another photo which was uploaded just yesterday, Marnie once again showed off her naked bump.

The star, this time is seen in a bathtub, taking a mirror selfie and captioned it "Bath 🤰👑 #marniesimpson #geordieshore #mtv#pregnant #nude #naked."

The star hosted a 'gender reveal' party in May and discovered the couple is expecting a baby boy. Since then, Marnie is much excited for the baby and can't help but post a naked picture of herself.

Marnie during an interview said she was genuinely shocked, so the star just screamed and said: "Oh my God, It's a baby boy!"

Recommended: Is Katie Price Pregnant? Why Are There Rumors Swirling Around Suggesting She Is?

The star further said, "I didn’t think I would produce a boy. When I first found out I was pregnant, I told my mum and Casey’s auntie and cousin that I wanted a boy, but after that, I was so scared to say it out loud because I never get any luck. Everyone I spoke to said they thought we were having a girl, so I convinced myself I wanted a girl. Deep down, I wanted a boy all along. It’s made me so excited about the birth."