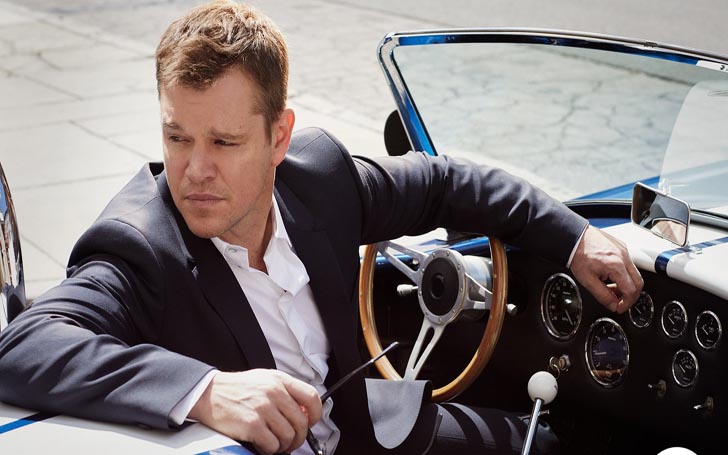 Matt Damon left $250 million on the table when he declined the role in Avatar.

Matt Damon is on a promotion tour for his upcoming movie 'Ford vs. Ferrari,' which is getting great reviews and making a lot of head way when it comes to Oscar buzz for both of the actors involved. The movie is coming out soon, and all signs are pointing to a massive haul at the box office and some serious Oscar consideration which is why the studio is stepping up their promotion campaign and this time GQ was the stop for the two actors.

They sat down with the magazine and in a lengthy interview talking about topics ranging from personal life to movie career. While talking to the magazine, after a while, the topic changed to taking money for the sake of playing a movie. Christian Bale said he was tempted sometimes to take a role just for the sake of money, but he never did.

The focus then shift to Matt who also gave a similar answer where he said the money he would make for a single movie which he was not confident about; he can make it back through various other roles. But on the topic of money, the actor kept continuing and said he was offered the leading role in the then ready to shoot first Avatar movie.

Matt making the revelation of being offered the role was not really saying much; actors get offered and turn down roles all the time. But the compensation talked for the movie was the one thing which made the eyes of everyone in the room watery. The actor said he was offered 10% of the movie’s profit by James Cameron and he still turned it down.

The movie James was making was called 'Avatar' and by the end of the box office run the film made $2.79 billion, and if Matt would’ve taken the role, he would’ve walked away with close to $250 million in gross earnings when all was said and done. Wow! Just Wow, the amount of money left on the table is just ridiculous, take this number, for example, Tiger Woods is one of the richest athletes on the planet, and as of 2017, he’s only made $110 million in tournament earnings. Everything else he made was through endorsement deals. Tiger turned pro in 1996 and it took him 21 years to earn half of what was offered to Matt for his profession.

“You’re just taking money up front that you could get working over a course of years, for less, on things you really like,” Damon said. “Jim Cameron offered me Avatar. And when he offered it to me, he goes, ‘Now, listen. I don’t need anybody. I don’t need a name for this, a named actor. If you don’t take this, I’m going to find an unknown actor and give it to him, because the movie doesn't really need you. But if you take the part, I'll give you ten percent of...’ So on the subject of money...”

Watch: The trailer for the movie Ford vs. Ferrari, which the two actors were promoting while talking to GQ

Christian Bale was amazed at the amount offered and said, “It would be ‘Matt Damon saves the world’ had you said yes there.” And he is not wrong; the amount of money left on the table is just mind-blowing and just consider another thing, there are four more sequels of the film coming after this decade is over. So, if all the other movies made only say 80% less than what the first film made, then we would be calling Matt Damon the first billionaire by playing only one character.

The reason he gave for not doing the movie was simple; he was scheduled to appear in 'The Bourne Ultimatum' the ending of the trilogy of Bourne movies. He was friends with Paul Greengrass, and if he decided to take Avatar, then it would’ve left all the other people involved in Bourne in a lurch and relationship was more important to the actor than money.

Matt did share one regret of turning down the role, James Cameron is a pretty frugal director, he’s only directed eight feature films and now the actor feels as though he’s lost the opportunity to work with James which is the only regret for him from the whole story, tells you how much of a people’s person and not money person he is.

Before you leave, make sure to check out Movies & TV Shows for more information on the upcoming projects of Matt Damon and James Cameron. Also, make sure to visit Glamour Fame for gossip and news on all your favorite celebrities.