home Entertainment Matt Danzeisen is Married to His Longtime Partner Peter Thiel - When Did They Tie the Knot?

Matt Danzeisen is Married to His Longtime Partner Peter Thiel - When Did They Tie the Knot? 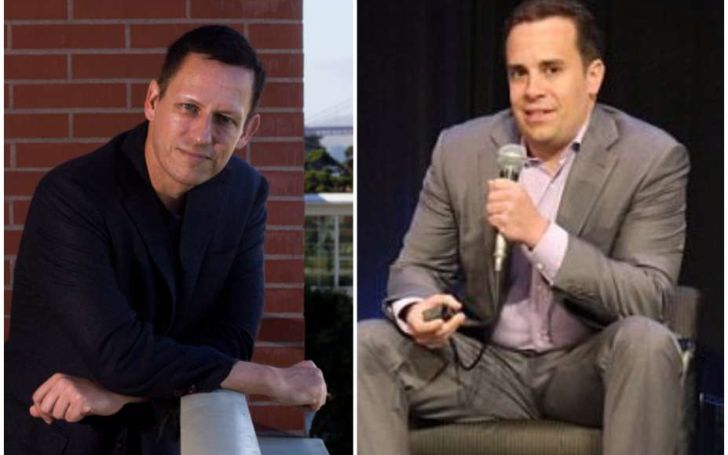 One of the leading venture capitalists and businessmen Matt Danzeisen tied the knot with the co-founder of 'PayPal' Peter Thiel back in October 2017.

Probably the most popular gay marriage in history was held in Vienna, Austria within selected guests, as reports by Daily Mail.

The wedding ceremony was an spontaneous one to say the least as it was reported to be a surprise for the guests who thought it was Thiel's 50th birthday party.

Their marriage is considered as one of the high profile gay marriages in the history.
SOURCE: Daily Mail

Both the partners, Matt Danzeisen and Peter Thiel, are silent about their low-key marriage and are yet to unveil any details regarding their wedding.

But it was a shock to many of his followers, some regarding his sexuality and while others for the unpredictable marriage news.

Peter is one of the high profile people who is also a friend of president Donald Trump.

Soon as their marital news was announced Matt has now been drawing lot of attention from media outlets and people because of his billionaire partner Peter.

The couple are longtime lovers but have always remained private regarding their affair. Nevertheless, the duo is an inspiration to many LGBTQ people who are hesitant regarding their sexuality.

We would like to congratulate both the couple for finding each other's soul mate and for beginning of the new phase in their life.

Check Out: Lil Nas X Is Receiving Support From His A-List Friends After Getting Bullied For Being Gay >>>

Stay tuned and connected to find updates on the recent Entertainment articles on Glamour Fame.