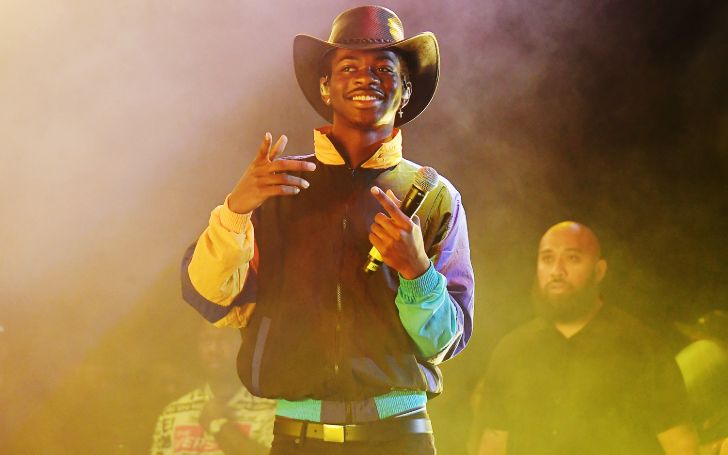 After ending the month of pride with a shocking confession, Lil Nas X gets a lot of affection from his star mates.

On Monday, Miley Cyrus was one of the first celebrities to show her love and support for the 20-years-old rapper Lil Nas X.

Miley, 26, took to her Twitter and tweeted her message of support for the Atlanta rapper – who collaborated with her father Billy Ray Cyrus on his record-breaking hit song "Old Town Road"

Check out the exclusive Tweet where miley expresses some kind words for Nas X.

The post reads,“SO proud of my baby brother @lilnasx,” she wrote, in a Tweet with heart and rainbow emojis. “In your corner forever my friend!”

A picture of Miley and Lil Nas X, the two smiling backstage at Glastonbury Festival at Worthy Farm, Pilton, was attached along with her remarkable words.

Well everyone was not impressed and happy with the announcement, check out some of the backlash Nash had to deal with,

Well those who are not familiar with what's going on, Montero Lamar Hill aka 'Lil Nas X' on recent World Pride Day, came forward with his sexual confession.

The 'Kick It' singer posted a video of his song “C7osure” from recent Ep7 urging his followers to listen to its lyrics profoundly.

The lyrics of the song reads,

“Some of y’all already know, some of y’all don’t care, some of y’all not [going to f— with me] no more. But before this month ends I want y’all to listen closely to ‘c7osure,’ ” he wrote, adding multiple emojis and including a 'rainbow'.

Hill initially hinted us on June 20 sharing a clip of his EP’s album artwork, zooming in on a rainbow projected on an anime version of him.

At such a peak with his diamond hit track 'Old Town Road', the star showed some guts in expressing his sexuality.

Well, we support the artist for opening up who he really is rather than faking it. After all honesty is all that matter's, isn't it?

You may like: Check Out Top 5 Lil Nas X songs

Stay tuned and connected to find intriguing news and updates of your favorite media stars.