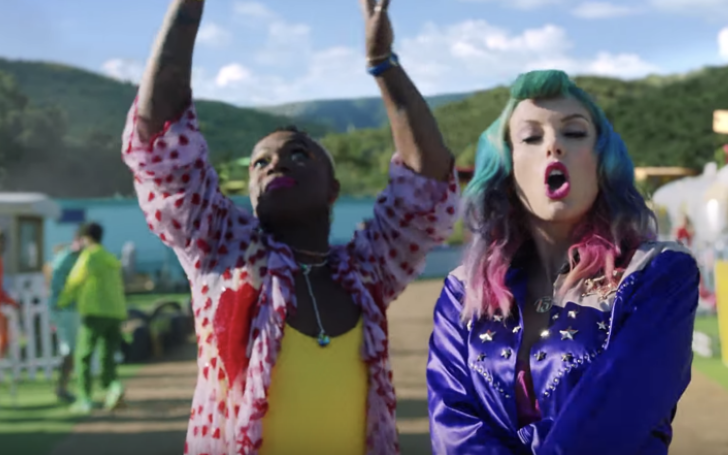 Taylor Swift's new music video "You Need to Calm Down" accused of using LGBTQ people as props for promotions.

After a major comeback with two hit songs 'Me' and the recent, 'You Need To Calm Down' from her upcoming new album 'Lover', Taylor Swift is now trending all over social media.

With such a gigantic impression and attention of 29 million views within a day of its release, Taylor's new song theme has also drawn a huge amount of criticism.

Check Out: Taylor Swift - You Need To Calm Down

Most of the backlash arrived accusing the inappropriate representation of the homoerotic community for the promotion of oneself.

The video articulates the world of the two-spirited community, glimpsing us their struggle for sustainability in the judgy world. However, the song narrates it in an interesting fun way highlighting the negative aspects of society criticizing bisexuality.

Well her intention is definitely moving and inspiring, the fun and the musical way Taylor represented the scene is worth appreciating but on the contrary, people have now pointed the 'Love Story' hitmaker citing it as a click-bait to stardom. 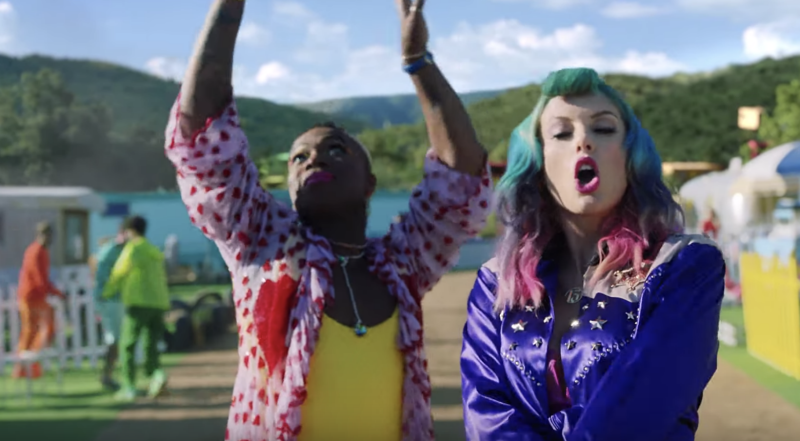 Some of the notable words by Taylor such as "shade never made anybody less gay" which checks GLAAD - a social organization promoting missions to accelerate acceptance from all LGBTQ people.

But some new sources such as 'The Atlantic' called it a "queasy double message" and the writer noted, “The entire song, indeed, subsumes queerness into Swift’s narratives. Its breathtaking argument: that famous people are persecuted in a way meaningfully comparable to queer people.”

Vox Writes, Swift wants the song to be a "queer anthem" and additionally wants to sell you something. It reads that Taylor is using the support of LGBTQ as it's financially convenient and is a subject of attraction in the world.

The 29-year-old singer is blamed for using the subcultures that have already been proven to be lucrative and has incorporated it using for her brand.

The Onion even spoofed the video with its “Taylor Swift Inspires Teen to Come Out As Straight Woman Needing to Be at Center of Gay Rights Narrative.”

Taylor Swift Inspires Teen To Come Out As Straight Woman Needing To Be At Center Of Gay Rights Narrative https://t.co/6CP0Hns61A pic.twitter.com/hwuMjWtlIe

Some of the popular critic's feedbacks from twitter reads,

I’m glad Taylor’s intentions are in the right place, but the misunderstanding of “shade” is criminal. Imagine seeing a Westboro Baptist Church “God Hates F*gs” sign and being like “oooh girl, the shade!”

Wake up you brain dead morons!!! Celebrities and corporations don’t care about lgbt people they just want our money! Taylor Swift can suck my toes then I’ll believe she genuinely respects lgbt people :^)

i think taylor swift’s new video is cute and has a super important message? especially for her young fans who maybe don’t know as much about queer culture or have overwhelmingly conservative households. this would’ve meant the world to a younger, closeted me

Well, taking in note feedbacks from the overall majority, Taylor has received mixed reviews from audiences and media. Whatever the reason be, Swift has used her million fanbases to promote the lesbian, gay, bisexual, transgender and queer (LGBTQ) society and that's what really matters, right?

At the end of the video Taylor writes 'Let's show our pride by demanding that, on a national level, our laws truly treat all of our citizens equally'. Moreover, the Grammy awardee artist has also started a petition for Senate support of the Equality Act on Change.org.

What a great Gesture! Taylor Swift Donates $113K to an LGBTQ Group from her home state of Tennessee >>>

Change comes within ourselves, let's start doing it! A drop of water forms oceans so does our small effort to bring the two-soul people out of their shelves and connect with us.