home Lifestyle Did Matthew Perry Undergo Weight Loss? Find Out All About It Here

Did Matthew Perry Undergo Weight Loss? Find Out All About It Here 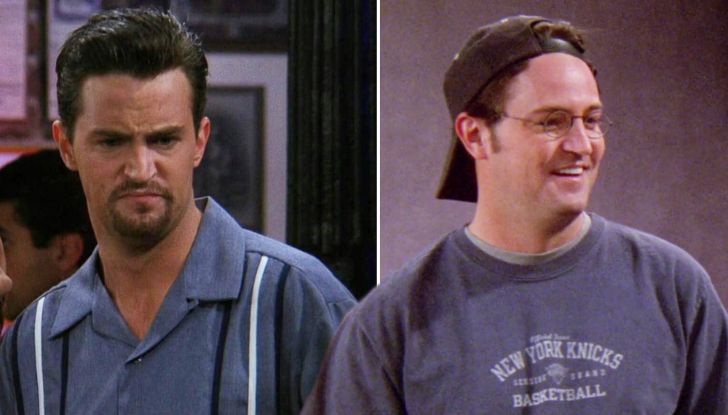 Matthew Langford Perry, aka Chandler Bing from the American sitcom Friends, became a household name back in the 90s and still is thanks to the show's unceasing popularity. Regarded as a sarcastic character on and off-screen, his other cast members once revealed he could get as sensitive and vulnerable in real life.

Also a comedian, screenwriter, and executive producer, he was born to a Canadian journalist and a former American actor; hence holds both Canadian and American citizenship. Unlike his perky and hilarious character in Friends, the beloved actor went through the darkest times whilst he was cracking us up in the show. Keep on reading to rediscover Perry's life when he wasn't playing his alter ego, Chandler.

How Much Weight Did Matthew Perry Lose?

Perry has been back and forth in his struggle with keeping a healthy lifestyle. His battle with alcoholism and visibly deteriorating health had erupted concern amongst his loyal fans. In 1988, Perry narrowly escaped injury when he crashed his green Porsche in LA; he describes the incident as a wake-up call.

He never made a conscious effort in his weight loss, reveals a source. In fact, Perry's sudden yet fluctuating weight loss in the 1990s was caused by excessive drinking. As he enrolled in rehab in 1997 and went in and out of rehab for consecutive years, his weight shifted accordingly.

Check Out: Prince Harry Reveals He Used to Drink and Do Drugs to Alleviate the Pain of Loss of His Mother

Once his weight went down to 66 kg, visible in season 7 chandler. Perry lost 20 pounds in just weeks in 2000 again due to drinking. Hence called the most troubled member of the six Friends alums, he was spotted carrying excessive weight recently, which has once again stunned fans and sparked speculations of relapse.

As Matt Le Blanc, David Schimmer, Perry, and other members sat in an interview with People to promote their upcoming Friends Reunion; fans noted Matthew seemed unwell in the interview.

A close look at their faces and Perry appeared to be gazing at space and had slurred speech on occasion, said some. Soon after the interview, headlines popped 'How Perry became the Friend who never seemed to get it together.'

Recommended: Who is Patrick Surtain's Wife? Here's What We Know About His Married Life

Apart from genuine worry for Perry's health, the upcoming reunion has also brought outrage amongst fans as news came that James Cordon will be hosting the Friends special on HBO later this month. Miffed about the choice of host, many opined the creators could've chosen from stars who were relevant to the sitcom, like Bruce Willis, Paul Rudd, or Brad Pitt.

It isn't known if the beloved star has fallen into relapse or not, but close sources said he has never been happier. Perry may have dated a number in the past, but none of them has turned into anything serious. However, the 51-year-old seems to be thinking of settling down as he is now engaged to a 29-year-old woman named Molly Hurwitz.

Matthew announced his engagement in November last year via People. "I decided to get engaged. Luckily, I happened to be dating the greatest woman on the face of the planet at this time," he said. Molly is a talent manager and producer at Zero Gravity management, as per sources. Sources further revealed that her parents are as thrilled for them. The duo lives together in Perry's cottage in LA and recently welcomed a new family member- a golden labradoodle named Alfred Perry.

For more information and news on your favorites stars, stay connected to Glamour Fame.