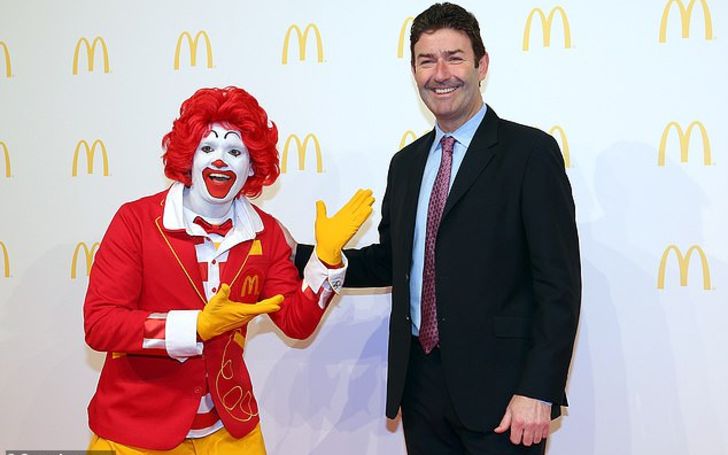 On Sunday, the largest fast-food company McDonald's shared it fired CEO Steve Easterbrook due to "consensual relationship with an employee," which violated company policy.

According to the company's press release on CBS news, Chris Kempczinski, president of McDonald's USA, will take over as the new CEO.

In an email to McDonald's employees, Easterbrook called the relationship a "mistake." Adding on,

Given the values of the company, I agree with the Board that it is time for me to move on. Please join me in congratulating Chris on his promotion. I know you will support him as you have supported me — he's lucky to have a team of your caliber.

If you are updated with the news, then you might well know, earlier this year, McDonald's had to deal with allegations regarding sexual harassment.

Check Out: McDonald's CEO Out Over 'Poor Judgment' In Relationship With Employee | NBC Nightly News

Twenty-five McDonald's employees came with the allegation of being sexually harassed during the job.

The accusations included groping, indecent exposure, propositions for sex, and lewd comments by supervisors against workers as young as 16 years old, according to the labor groups.

Easterbrook later responded, saying the company had started working with RAINN, which is an activist regarding sexual violence, which will help the company to improve conditions for the employees.

Good to hear that the fast food company took the action and announced it officially. We sure appreciate their act on it and shall the accuser be punished whoever it is!

Don't Miss: McDonald’s Got Itself Into A Bit Of A Pickle After An April Fool’s Joke Backfired >>>

Stay tuned and connected to find update on the recent news only on Glamour Fame.