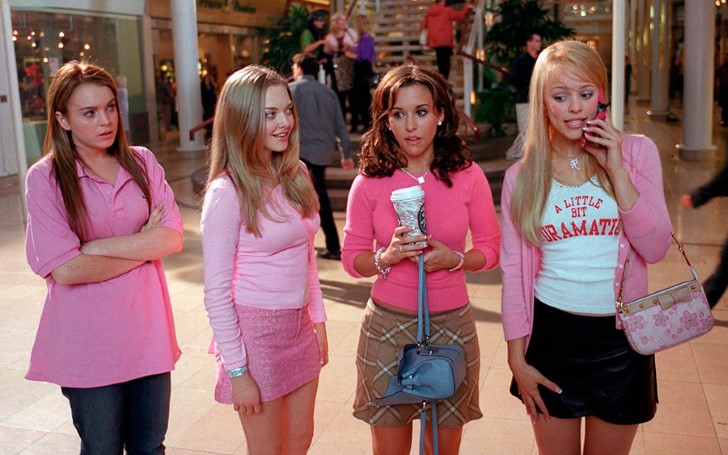 Damian from the 2004 hit comedy, Mean Girls thinks the follow-up movie is very much probable.

Recently, the Franzese appeared in an exclusive with MailOnline where he shared his views on the film’s legacy and also teased the sequel might be in the works. The 40-year-old actor also spoke of his efforts to save the ocean by getting involved in the Future Doesn't Suck initiative.

Mean Girls was an impressive hit at the box office where it raked around $129 million. The film also paved the way for many of its stars to further stardom including the former child actress, Lindsay Lohan, the then rising stars, Rachel McAdams and Amanda Seyfried. 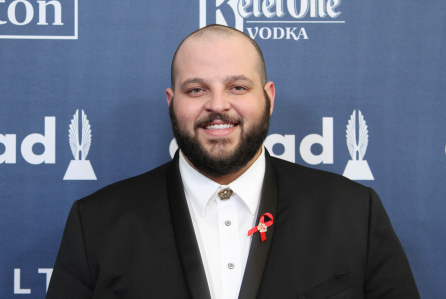 And on the 15th anniversary of the 'most quotable teen movie of all time', Daniel expressed:

'I think it's wonderful and it’s great that it has stayed so relevant. It helps and entertains people all the time.'

The actor also shared that he never thought Mean Girls would have become such a cultural phenomenon. Franzese believes the emergence of the internet played a huge part in the movie's added popularity.

'I think around the same time (of the movie's release) was the birth of the meme, and the birth of the internet. I don’t think that anyone could have foreseen what was about to happen. It’s (the internet) is a whole part of our culture now which we didn’t have before. It emerged at the same time as the movie and it definitely helped with the popularity of Mean Girls.'

Daniel also explained how the movie went on to impact his overall career. The actor said, “Mean Girls was such an incredible role that left such a legacy behind for people who saw it. My role really highlighted the LGBTQ community in high school, which hadn't really been seen before.”

Mean girl follows the story of Cady Heron (Lohan), a shy and previously home-schooled teenage girl, who finds it hard to mingle with the folks of her new high school.

Franzese noted that despite being in several other movies, Mean Girls was his famous Hollywood experience where for the first time he got the opportunity to work with some of “the biggest stars.”

Recommended: The Trailer For Once Upon A Time In Hollywood Looks Amazing

The actor added, “It was a lot of famous people from Saturday Night Live people, which was exciting. Rachel McAdams wasn’t a big star yet. Lindsay was just emerging. So that movie has definitely seen its cast evolve.”

Daniel also denied the rumor of film having any feuding stories during its productions where he said, 'We definitely all got along on set!' before adding that they all 'still do keep in touch whenever they can.'

Don't Miss: Have The Simpsons Done It Again? It Appears They Correctly Predicted Jordan Peel's Us Ending

Although Mean Girls does have its sequel, the follow-up is somewhat of an oblivious project with no connection to the first film whatsoever. Thus Franzese has expressed his desire to get a promising sequel with the return of original cast members. He frivolously uttered, 'All of us would like to make another movie! We just have to wait and see what happens.'

Along with his creative outlets, Daniel is also spreading awareness campaign for Bacardi's #TheFutureDoesntSuck as well the Lonely Whale cease and de-sip program.

Speaking of his activity, the star described,

"It's all about encouraging people not to use plastic straws and leave them behind. As you know, where we stand today there is a lot more plastic in the ocean. I partnered up with Bacardi and what I'm doing is asking Unicode to remove all their plastic straws from their emojis. We figure that as people are getting more used to removing straws from their lives, we can remove it from the media too because that’s how people begin to normalize it. If they can do it (stop using plastic straws), it will help future generations realize that they don’t need to have that much plastic in their lives."

Daniel also shared his inspiration behind the project as he accounted, "I’m originally from New York but I grew up in South Florida. I’m an ocean boy. In high school, I led beach clean-up initiatives. Being a part of this campaign, it’s a no-brainer for me because I’ve seen first hand what happens to our oceans and our cities. I’m more than excited to be a part of this because when I have children I want them to be able to have clean oceans instead of them becoming endangered because of humans’ carbon footprints."