home Lifestyle Who is Melissa Barrera's Boyfriend in 2021? Learn all the Details of Her Relationship Here

Who is Melissa Barrera's Boyfriend in 2021? Learn all the Details of Her Relationship Here 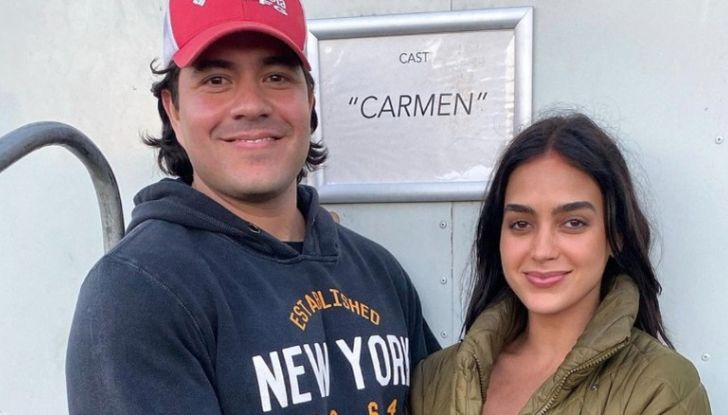 Is Melissa Barrera Married or Dating in 2021? Get the Complete Details of the Actress's Love Life Here!

In the limelight for her brilliant portrayal of Vanessa in the recently released In the Heights, Melissa Barrera says she always knew she was destined for the role. Watching the original stage musical growing up, Barrera says she'd connect with the character most of the time.

Relatively a new face in Hollywood, Melissa made her ascent in the bigger industry after becoming a household name back in Mexico. Barrera's five years of tenure in Telenovelas like Tanto Amor, Perseguidos, Siempre tuya Acapulco and a few more gave her the ticket to American TV series, Vida. Easily a hotly anticipated face in 2021, ahead is the detail of Barrera's love life.

Is Barrera Dating or Married?

Unlike most newcomers, Barrera has kept her love life open and honest with her fans. Not only is she off the market in 2021, but, in fact, she has been happily married for over two years now. When she was leaning more towards musical theatre, Barrera met her now-husband Paco Xavier Zazueta.

The couple reportedly met on the sets of the Mexican musical reality show La Academia in 2011. Barrera says they initially started as friends and became each other's confidant. The actress reveals both of them made sure they were there for each other during and after the reality show.

Check Out: Who is Lashana Lynch's Husband? Learn About Her Married Life Here

Even after the duo chose diverse professions and went separate ways, Melissa says they always kept in touch. In June 2017, Melissa said yes to Xavier's sudden yet magical proposal on a date at Empire State Building in Manhattan. They officially tied the knots in February 2019.

On February 2, Barrera commemorated their 2nd anniversary and posted some pictures on Instagram. She wrote, "2 down, forever to go, i love you, happy anniversary husband." Xavier also made a similar post. Check out @melissabarreram if you don't want to miss the couple's PDA-packed Instagram grid.

While Xavier's wife is in a pivotal stage of her on-screen career, having given her finest till date. And a few more set to releases in the coming years, like Scream, Netflix's Awake, and Carmen, Xavier himself has constantly steered away from the spotlight.

Xavier is a singer and butcher. He also runs an online meat shop.
Photo Source: The List

Xavier describes himself as a singer and butcher. And, he has also taken a step towards entrepreneurship. Xavier started his online meat shop named Carnes Zazueta Culiacan, where he sells top-notch meat products. He also owns his own record production named Paco Zazueta.

Don't Miss: Who is Casey Jost's Wife? Know All About His Personal Life And His Family!

An acclaimed musician in Mexico, some of his most loved singles include Melissa, Solo Con Verte, Ya Te Perdi La Fe, and more. Xavier boasts over 33.4k followers on his Instagram @xavierzazuetaofficial, and his grid reflects his utmost love for his wife and his profession.