home Entertainment What is Melissa Barrera's Net Worth in 2021? Learn all the Details Here

What is Melissa Barrera's Net Worth in 2021? Learn all the Details Here 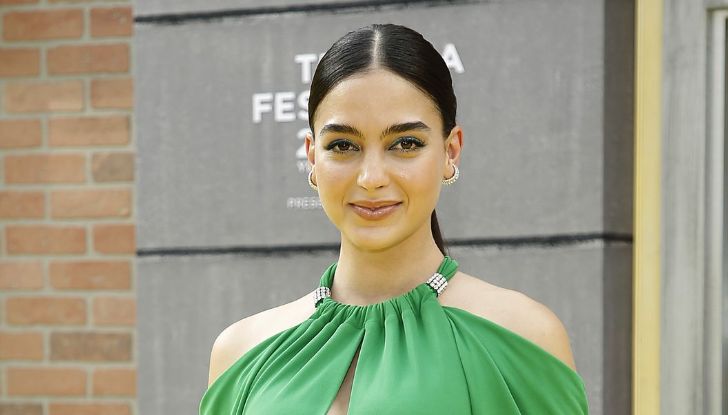 Melissa Barrera's Net Worth in 2021: Get the Updated Report Here!

After marking her place in Mexican cinema, Melissa Barrera is making her way into Hollywood. The Mexican singer and actress started her silver screen journey from telenovelas, of which her best-known credits are Siempre tuya Acapulco, Tanto Amor, Club de Cuervos,Vida. However, it didn't take the actress long to become a widely known name.

In fact, Barrera has been in the limelight because of the severely delayed and now released musical drama In the Heights. As the film hit the theatre on June 4, Melissa heaves a sigh of relief. She said, "The world will get to see this secret we've kept for two years." Continue reading to explore Barrera's career and net worth.

Melissa's role, Vanessa in Jon M. Chu directed In the Heights, has brought the actress a raving critical acclamation. Monica Castillo of The Wraps is front in line praising Barrera's talent. Needless to say, the buzz around the actress at the moment has everyone wondering how much monetary success she's had so far.

Barrera says she always knew she'd be Vanessa in the musical drama, In the Heights.
Photo Source: Geek Network

In 2020 her net worth was estimated at a striking $1.5 million, whereas in 2021, it is approximated at $2 million. Barrera's stardom and net worth are anticipated to rise significantly in the coming years as she has joined numerous projects recently. And note, it is not only acting, via which she has been amassing her wealth.

Check Out: What is Robert Aramayo's Net Worth? Learn About His Earnings and Wealth Here

Barrera ventured into her singing career long back and is still a strong candidate in the field. In fact, Melisa's first television experience from participating in a singing competition. She contested in the Mexican musical reality show La Academia in 2011, which enabled Barrera to launch her singing career thereafter.

Her first album was in collaboration with singer Sebastian in 2011. She later recorded the theme song Volva a Caer with singer Kalimba. At the beginning of her pursuit, Mellissa reportedly hosted several programs on Mexico's Grita Radio station. Melissa rakes hefty figures from brand endorsements as well; she is the global brand ambassador of Clinique.

After giving a spectacular performance in the musical drama In the Height, Melissa has added a few more projects to her acting resume. And note, she is only getting started. In November 2019, she was announced as the lead in the upcoming musical film Carmen, expected to hit the theatre soon.

Barrera, 30, recently bagged the lead role in Netflix's drama series, Breathe. The nail-biting six parts survival drama has Maggie Kiley on board as director. Although its whole ensemble cast hasn't been announced yet, the latest report says Jeff Wilbusch is another confirmed star after Barrera.

Recommended: How Much is Alyvia Alyn Lind's Net Worth in 2021? Know All the Details!

Barrera, who is married to singer Paco Zazueta also has the upcoming meta slasher film, Scream 5, in her resume. She is starring alongside David Arquette, Jack Quaid, Courteney Cox, and Dylan Minnette. The filming was reportedly wrapped back in 2020; it is now set to release in 2022.