home Entertainment What is Robert Aramayo's Net Worth? Learn About His Earnings and Wealth Here

What is Robert Aramayo's Net Worth? Learn About His Earnings and Wealth Here 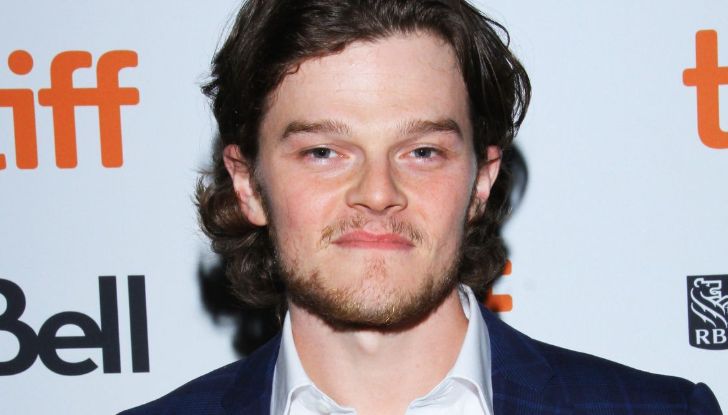 Robert Aramayo's Soaring Net Worth in 2021: Get the Updated Report Here!

Best known from the megahit HBO fantasy series Game of Thrones, Robert Aramayo portrayed the young Ned Stark and quickly rose to fame. He starred in the 2020 thriller Antebellum and the most recent Netflix series Behind Her Eyes.

Born and brought up in Kingston upon Hull, London, Aramayo's is of Spanish origin. Aramayo's acting career began when he was seven years old and participated in a primary school production. His first entry on the silver screen was via the 2017 film, Lost in Florence. Continue reading to unveil his accumulated wealth so far.

Although Robert has made it to some of the big hits, he still hasn't made quite the mark in the industry and hence is still in the formative stage of his career. But 2021 could bring the actor a pivotal moment as he is set to lead the upcoming Lord of the Ring series.

Check Out: What is Marcus Rutherford's Net Worth? Learn all the Details Here

Hull's Wyke College graduate, Robert won a spot in prestigious Julliard School and from there so began his venture in films. Aramayo may be widely recalled from his role in the HBO series, but his other notable credits also include Harley and the Davidsons, Nocturnal Animals.

Robert Aramayo to Star in Lord of the Rings!

After fellow GOT alum Joseph Mawle, now Aramayo has joined the cast of Amazon's upcoming Lord of the Rings. Based on J.R.R. Tolkien's novel of the same name, the series will premiere on Prime Video this year. Aramayo has officially replaced Will Poulter, who was the first pick for the role.

Robert will once again portray the young hero role named Beldor in the fantasy series. A hotly-anticipated series, ahead of the first season's release, the series was renewed for a second season in November 2019. Aramayo will be starring alongside Charlie Vickers, Simone Merrells, and Owain Arthur.

Known as a rather reserved personality, Deadline reported that Aramayo had declined any official comments on his role in the upcoming series; the English actor is repped by UTA, 42, MJ Management, and Stone Genow.

Aramayo's Behind Her Eyes Criticized!

Robert, 28, has mostly done thriller ever since he joined the silver screen. However, in February, one of his thrillers, Behind Her Eyes, created by Steve Lightfoot, faced backlash after the audience accused the show of portraying Scotland incorrectly.

The accusation against the show cited it as anti-Scot for using outdated stereotypes. Musician Eddie Reader was front in line against the series; she tweeted, "Did anyone else catch the anti-Scot script? Apparently, all Scots are either miserable or mean."

Recommended: What is Kiersey Clemons's Net Worth? Find All the Details Here

Another headline that concerns Aramayo is an ongoing petition against his upcoming LOTR. Apparently, the series producer has hired intimacy coaches for actors to be comfortable with nude scenes. The petition demands no nudity in the Amazon series; it has crossed over 36,000 signatures on Change.org.