home Entertainment What is Kiersey Clemons's Net Worth? Find All the Details Here

What is Kiersey Clemons's Net Worth? Find All the Details Here 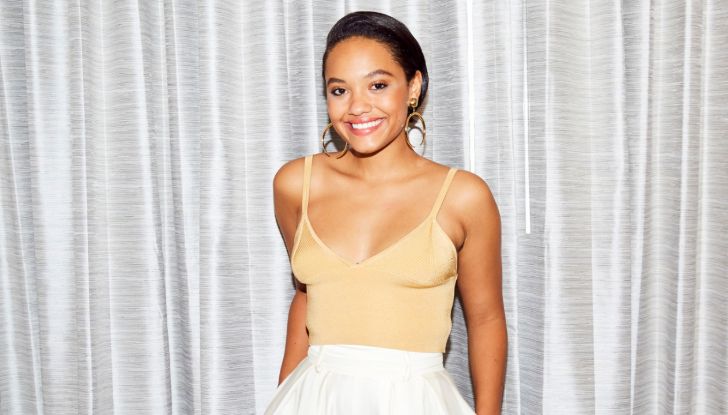 How Much is Kiersey Clemons Valued in 2021? Find the Updated Details of Her Wealth Here!

An American actress, singer, and producer, better famed as an actor, though she is set to assay the role of Iris West in the upcoming DC superhero film Flash, after just playing in the recently-released DC film Zack Synder's Justice League. But little do people know that Kiersay Clemons was once a Disney Child. Disney's Austin & Ally and Cloud 9 is where Clemons started her acting venture from.

Since stepping into showbiz around 2010, Kiersey only rose to fame with the 2015 comedy-drama Dope, where she starred alongside Shameik Moore and Tony Revolori. Clemons, since then, has starred and appeared in many projects; some of them were blockbuster hits and some not so. Ahead, we will see Clemons' career so far and her accumulated wealth in the short span.

Inside Kiersey Clemons' Soaring Net Worth!

The Florida-born actress has kept her life strictly professional in front of the public. Apart from the extensive list of movies, Clemons has also starred in Trey Songs, Lady Gaga, and DJ Snake's music videos during the early phase of her career. Clemon's net worth in 2021, however, doesn't sit quite well with her stacked works.

In 2020, Clemon's net worth was reported to be around $1 million, and in 2021, it is estimated to be around $1.5 million. It isn't known how much Clemons made from her last hit, but the super hyped last DC  superhero movie, Justice League, Synder's cut had grossed $650 million in the box office.

Clemon gave her fans a little peek into her quarantine lifestyle in her July 2020 interview with Vogue. Kiersay, 27, flaunts through the chic white house with a huge pool in the back. Sporting a bikini at the moment and causal PJs at times, the actress walks us through her daily routine. Clemons shares she has been decluttering her house of old stuff whilst also hoarding new stuff, mainly shoes and jewelry.

Clemons's screen time in the original Justice League was edited out, only to feature it back in Synder's Cut.
Photo Source: NY Post

Credits include Flatliners, The Only Living Boy in New York, Lady And the Tramp, and not to mention her gutsy character in the last DC film and the upcoming Flash. The alter ego Iris West, the main love interest of Barry Allen, aka Flash, has been portrayed by Paula Marshall and Candice Patton.

Check Out: What is Josha Stradowski's Net Worth? Learn all the Details Here

The mantle was passed to Clemons in 2017, but her cut was edited out in the Justice League original, which was then later included in Synder's cut. Clemons is now set to reprise Iris West in DC's next stand-alone film, Flash, releasing on November 4, 2022.

Directed by Andy Muschietti, the superhero film synopsis reads, Allen travels back to time to prevent his mother's murder, bringing unintentional consequences. The movie will have Ezra Miller as The Flash, who Clemons will be romancing on-screen; it will also have Ben Affleck, Michael Keaton, Sasha Calle in starring roles.