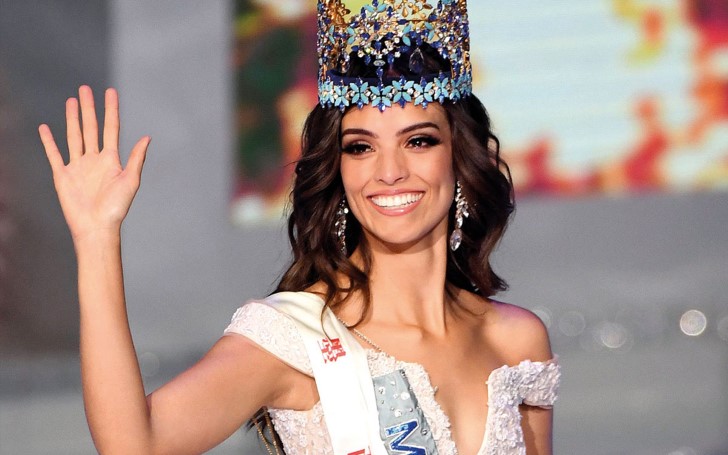 Vanessa Ponce was crowned as the 68th Miss World 2018.

She also beat many another finalist from Jamaica, Nepal, Scotland, Panama, and France among others.

During the backstage segment, the newly crowned Miss World told, "I can't believe it, I really can't believe it And I think all the girls deserved it. I am proud to represent all of them. I will do as much as I can in the time I have got. Thank you so much, everyone."

Vanessa earned a degree in International Business and later has worked as a host and a model. Similarly, she is also engaged in charity works and volunteers for Migrantes en el Camino and is also a speaker for the National Youth Institute.

Miss World | 2018 Road Trip. . Today at Miss World | Fairyland | Part 1 . All Contestants visit the Fairyland with its white sandy beach, blue skies and clear blue sea. . . The contestants receive a fabulous welcome and ceremonial performance with red fans setting the mood for them to engage in spiritual enlightenment making wishes on top of a mountain followed by a Photo shoot on the stunning beach. . #missworld #mw2018 #mwo #mw2018sanya #mw2018china

The second round was the top model competition which was won by Miss France Meave Coucke. China became the 1st runner-up, Senegal 2nd runner-up, Korea 3rd, and South Africa 4th.

Now it's the turn of multimedia challenge which was won by Miss Nepal Srinkhala Khatiwada and secured her place in the final. The Top 10 contestants include Miss Mexico, Kenya, France, Indonesia, India, Malaysia, Mongolia, Thailand, and Venezuela.

We've done it! Nepal has won the multimedia award and now directly qualifies to the final top 30! Thank you everyone for your generous love and support. This one's for our Country and the unity that we showed ❤️ I specially want to thank @abinbho for making the introduction video that is now in every Nepali's heart! This video had a huge role to play in gaining the overwhelming amount of support. You're the best bhai. We were also placed 3rd on the Sanya tourism video competition. Your midnight editing worked Abin 😊 #missnepal2018 #missworld2018 #bwap #mnformw #missnepal #missworld #journeytomissworld #visitnepal2020 #angeleyefashion #myangeleye

Miss World | 2018 Our 2018 Beauty With A Purpose Top 5 including Winner Miss Nepal. CONGRATULATIONS ! WHO WILL BE MISS WORLD 2018 Leave your comments on who you would like to see win... Vote only via the Miss World Website www.missworld.com #missworld #mw2018 #mwo #mw2018sanya #mw2018china #missmundo #beautywithapurpose #BWAP

And on Saturday the top 12 were announced. Check out the video:

The showstopper of the show was the newly crowned Miss World Vanessa. Check out the crowing ceremony:

We wish luck to our new Miss World 2018 for her future.