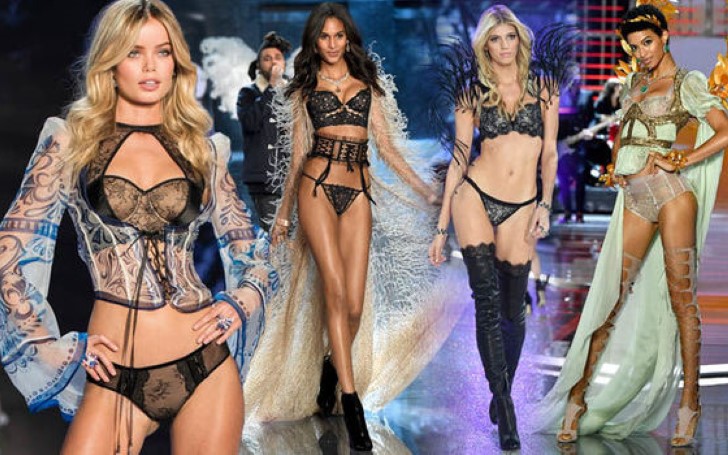 The Victoria's Secret Fashion Show 2018 will take place on 8th November in New York. Previous events have been held in London, Miami, and Los Angeles.

Last year, the lingerie brand tapped into its growing Chinese market by staging its annual show in Shanghai. Likewise, in 2016 they rolled out the pink carpet at the Grand Palais in Paris, a venue which has played host to many Chanel shows over the years.

The show will be broadcasted on TV and online on 2nd December. The pink-carpet interviews, model profiles and a behind-the-scenes look at the making of the event shall also be included.

Sneak peek for this years Victoria’s Secret Fashion Show. ?? — seems like there won’t be a glitter runway. What do you guys think? comment below. ? - Creds: @vsfsupdates for vid.

In the US it will be shown on the ABC Network. However, a UK channel has not been confirmed yet, although last year UK residents were able to watch it using the streaming app HayU.

The models will include Gigi Hadid and Kendall Jenner, runway regulars Cindy Bruna, Devon Windsor, Leomie Anderson, and Shanina Shaik. After a five-year absence German model, Toni Garrn will be returning to the show. Moreover, there are a couple of Victoria Secret debutants in the form of Winnie Harlow and Duckie Thot.

Adriana Lima will walk at this years VSFS despite heavy rumors of her not attending. ? — are you guys excited to see her? comment below.

Which artist(s) are y’all most wanting to see perform at the VSFS? comment below. ??

The costumes to be worn by the models on Victoria's Secret runway range from the relatively simple pairing of lingerie and stilettos to sculptural wings and elaborate headdresses. Elsa Hosk has been chosen to wear the Victoria's Secret Fantasy Bra. This year's show-stopping piece was created using 100% Swarovski Creted Diamonds and responsibly sourced topaz.

Valued at $1 million, the 2018 Dream Angels Fantasy Bra and body chain are adorned with over 2,100 Swarovski Created Diamonds in a sterling silver Dream Angels bra silhouette. The set took over 930 hours to create and has over 71 carats with the centerpiece. For the first time, customers will be able to purchase a version of the Victoria's Secret Dream Angels Fantasy Bra made with Swarovski crystals for $250 on Thursday, 29 November at selected Victoria's Secret stores and victoriassecret.com.

As a matter of fact, last year the honor went to Lais Ribeiro who wore a $2 million Mouawad design handset with diamonds, yellow sapphires and blue topaz in 18-karat gold. The Brazilian beauty followed in the footsteps of Gisele Bündchen, Tyra Banks, Alessandra Ambrosio, Lily Aldridge, and Adriana Lima.