Could it Happen? Michael B. Jordan Met with Warner Bros. Top Brass for a Possible Superman Movie 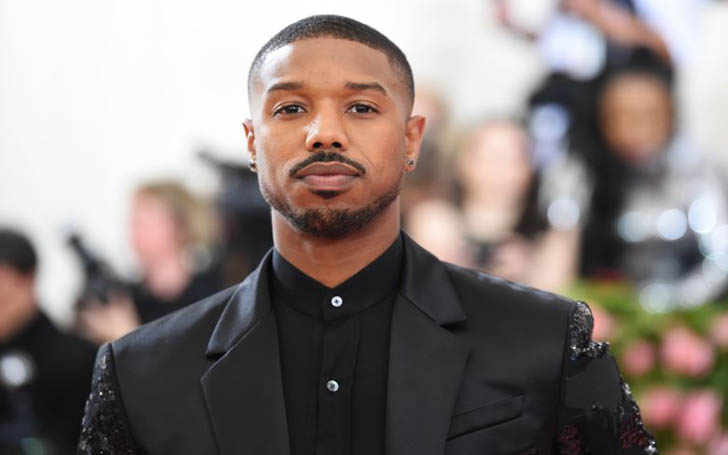 Michael B. Jordan pitched an idea for a new Superman movie to the heads at Warner Bros.

Warner Bros. is finally getting their act together when it comes to the DC adaptations with a relatively constant stream of good to great movies doing well at the box office. 'Wonder Woman,' 'Aquaman,' and most recently, the 'Joker' were all box office successes, and finally, they were putting something on-screen, which was pleasing to the viewing audiences.

They went through a lot of shaky and overpromising years after the ending of the Dark Knight Trilogy. It was a wonderful time for Warner Bros. yes, 'Green Lantern' was a massive debacle, but they just posted two billion dollar grossing 'Batman' movies, and they were also releasing a new and revamped 'Man of Steel' with the British hunk Henry Cavill taking on the iconic role.

Watch: The kissing scene in the ruins of Metropolis was not what fans wanted to see in Man of Steel

'Man of Steel' was a relatively okay movie, but the fans could not get over the fact 'Superman' was smooching his girlfriend with the ruin of Metropolis behind then or the fact he snapped General Zodd’s head during the final moment of the flick. Still, the movie was a success, and seeing how MCU was assembling characters for a massive team-up movie; they also decided to form an extended universe of their own.

Christian Bale was offered the role of Batman for a fourth movie, but he refused to come back, and the project went to Ben Affleck, who did an admirable job with the character in 'Batman V Superman.' The movie was not well received and was massively front-loaded at the box office, and then there was the huge mess of a movie called 'Justice League.'

The film was supposed to set off a massive cinematic universe for DC; instead, the whole thing was swept under the rug, never to be spoken of again. But then the trinity of movies arrived and for all intents and purposes saved the DC movies at Warner Bros.

Now the production house is coming with another 'Aquaman' movie, another 'Wonder Woman' movie being released next year and then there is the big one in 2021 when the rebranded, renewed, reinvigorated Batman movie, starring Robert Pattinson arrives in theatres over a year and a half from now.

But the studio is also looking to bring back the beloved 'Superman' back into the fold, and after Henry Cavill said he was done with the character and the talks between the two parties broke down, there are rumors the studio is looking for a new actor to take on the role.

Well, a willing party is putting his name forward to take on the massive responsibility of taking on one of the most iconic comic characters in history. Michael B. Jordan was rumored to be pushing for a black 'Superman' movie since the start of this year, but they were just baseless rumors up until this point.

According to multiple sources and news outlets, the rumors are true, and the reports also stated Michael B. Jordan met with some heads of the DC movies at Warner Bros., and the actor was said to have presented his idea of a story. Black Superman is real in comics, and he would be a fine addition to the DC lineup.

We already know Jordan’s got the acting prowess and the knowhow of how superhero movies are made to be comfortable with anything they can throw at the actor. Michael B. Jordan has played the 'Human Torch' in the 'Fantastic Four' film, and he most recently put on a scene-stealing villainous performance in Black Panther.

The actor knows his superhero movies, and he wants to do the Superman movie, which probably won’t see the light of day until 2023. But there would be a no finer choice to play the character than the amazing ''Fruitvale Station' actor, Michael B. Jordan.

Before you leave, make sure to head on over to our Movies & TV Shows section for all the latest updates on the DC movies. Also, do not forget to visit Glamour Fame to be in the know of all the happenings in the world of show business.