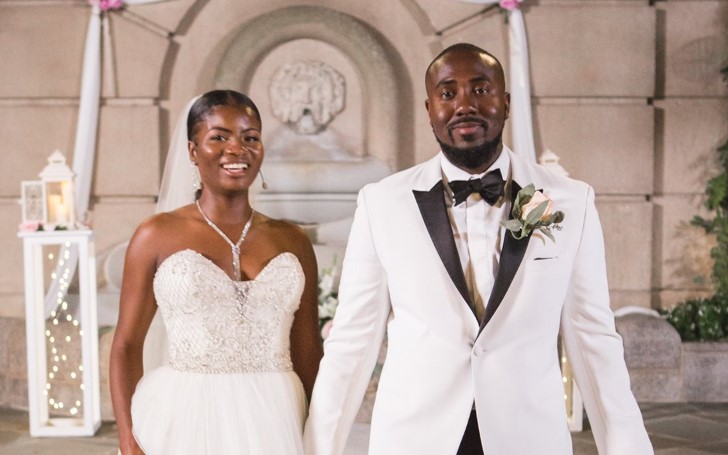 Michael Watson revealed he had doubts about his wife, Meka Jones.

Married at First Sight star Michael Watson came with a huge revelation. The reality TV star revealed he did not trust his wife, Meka Jones.

The shocking revelation came during the 'Unfiltered' session with host Jamie Otis. When the host candidly asked him if he trusts his wife, he, with a little hesitation, said no.

Watch: Married At First Sight - Michael and Meka Attempt To Rekindle Their Marriage

The reality star said, "I don't. I think with the move-in, it just kind of made things easier, but the moment where I felt like I was crying and being vulnerable and stepped up to share a piece of myself that I hadn't yet shared with my wife, there was really no level of care or comfort that was given to me in that situation."

Also See: Is Erin Krakow Married to a Spouse? Get the Details of Her Romantic Life

The reality star talking with the host of the show further added, "It kind of just felt like I was alone and by myself on an island."

During the show, Taylor Dunklin, who was also present at the moment, chimed in, "Maybe Jones would show that emotion if she could trust you. So it's just you guys are not, like, seeing eye to eye."

One of the reasons why Taylor came with such claims could be Michael and Jones' relationship has seen downside from the beginning following Watson's ultimatum to Meka to have a physical relationship.

And the host of the show, Otis, also believes the couple lacks proper communication needed for a healthy relationship following his ultimatum.

Since both of their communication styles are different, it's going to take time for them to adjust to each other patterns. But claim from Michael, somewhat, seemed unfair to Meka.

The couple is still getting to know each other better after their return to Washington DC, and wedding rings which they have ditched somewhere, came to the agreement, they will be wearing them.

You May Also Like: Who is Telli Swift? Some Facts to Know About Deontay Wilder's Wife

But we don't mean whatever Michael was wrong, we mean, at least, he got to clear his doubts. Sharing is, sometimes, is really caring. People's inputs really matter under challenging situations like these. So, we hope, Michael will understand Meka was not entirely wrong for whatever she did.