home Lifestyle Who is Nancy Lee Grahn Married to? Learn About Her Relationship Status Here

Who is Nancy Lee Grahn Married to? Learn About Her Relationship Status Here 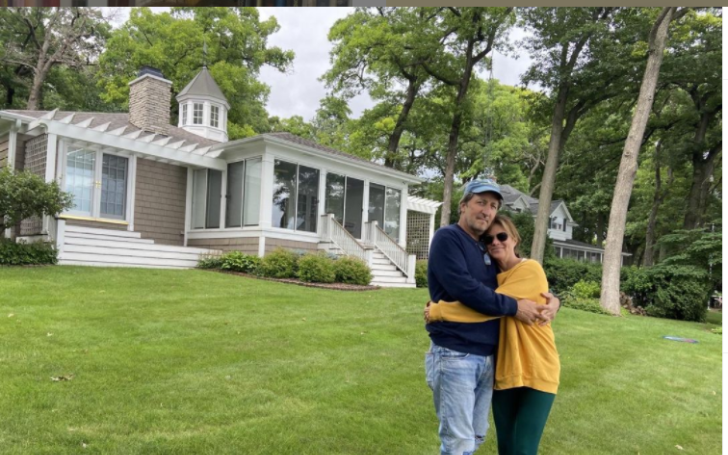 Nancy Lee Grahn is an actress born in Evanston, Illinois, on April 28, 1956. Grahn has a mixed ethnicity of Jewish and Lutheran. Grahn has appeared on numerous episodic primetime television but is primarily known for portraying her work in Daytime soap operas, Julia Wainwright Capwell on Santa Barbara (1985-93) and Alexis Davis on General Hospital since 1996.

Grahn won the Daytime Emmy award for Best Supporting Actress for her role in Santa Barbara in 1989 and in General Hospital in 2000, 2001, 2003, and 2012. Many may not know about her personal life so let's see the condition of her relationship status and continue on the details of this article.

Who is Nancy Lee Grahn Married to?

Currently, Grahn is not married, but it seems like she will walk down the aisle for the first time very soon. In late 2019, she revealed her engagement to her boyfriend Richard Smith, a guitarist and music professor at Southern California University.

She shared the joyful news on social media, writing, “With my soon-to-be husband in his hometown, Eugene, Oregon, right in the spot where he got his first kiss.” Grahn’s wedding was set for October 10, April 28, 2020.

Unfortunately, she stated that it had been postponed on Instagram. Due to the sudden rise in amid pandemic, it is not clear when Grahn and Smith will tie the knot, but fans are no doubt still sending best wishes to the pair.

Alexis spent many years as a single mother to her three daughters, and similarly, Grahn herself can relate to this experience. She has one daughter, Katherine, born in 1998 and raised by herself since Katherine’s birth.

Grahn chose to hide the details about what led her to be a single mother, but she decided to grasp this job seriously. “When she was growing up, I worked four to six hours, two to three days a week. Plus we were dark many weeks and I still got paid,” Grahn said in an interview with ESME. “I never missed one school event, ever. If I was working and had a parent-teacher conference, they’d schedule my work around it.”

Grahn also credited the people around her in lending her a hand to become successful at parenting. She expressed, “My parents, my Mary Poppins of a nanny, ex-boyfriends, a team of great friends that I masterfully collected over the years, as well as my team from above—yeah, I believe in all that—they all had their arms around Kate and me, and still do.”