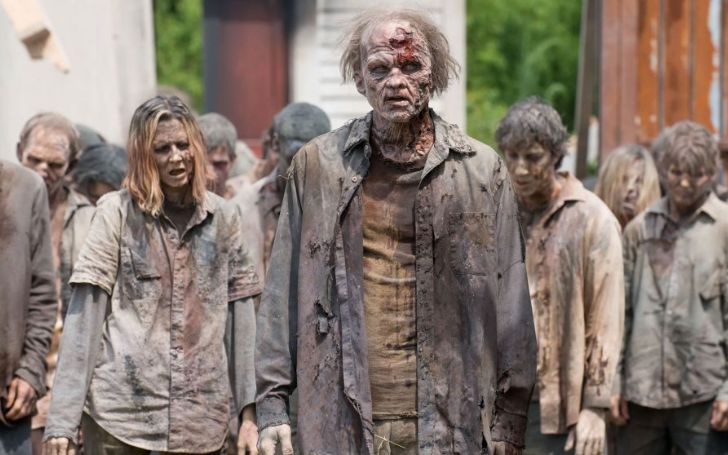 AMC is expanding the world of The Walking Dead. First aired in 2010, The Walking Dead has prominently adapted Robert Kirkman's comic of the same name and been a sensation of the network ever since.

After spinning off with 'Fear The Walking Dead' 2015, it was only a matter of time before the studio made good on their promise of bringing another series to our screens.

While some of us were expecting an Arctic-themed spin-off, we are well aware of what’s coming next.

AMC CEO, Josh Sapan revealed via The Hollywood Reporter that the next show will have a female as its lead character and main protagonist.

The chief explained: “With its focus on the next generation of survivors led by two young female protagonists, we think this third series is a perfect gateway to advance the narrative of this universe in ways that are multi-generational, fresh and unexpected.”

The 10-part series will be run by Matt Negrete, co-produced by TWD franchise helmsman Scott Gimple. Fans will know Gimple was previously showrunner of the main series before being upgraded to the world’s head content officer.

Apparently, Kendall Cooper Agency is looking for extras to be part of the yet-to-be-titled sequel show.

Recommended: 'The Walking Dead' and 'Stranger Things' Named The Most In-Demand Series In The World For 2018

The site’s description says 'production is seeking people of all ethnicities, ages, genders, and types to play various characters throughout the series; particularly looking for actors with a background in movement or dance, with open availability and a flexible time schedule.'

While there have been criticisms that The Walking Dead isn’t as good as it used to be, there’s still an unwavering fanbase out there that’s craving to see more walkers climb out of the grave.

It’s intriguing to take the note of the show’s course of events. Honing in on the first generation of humanity brought into the world after the undead outbreak, it prods we’ll be going much further into the future of the franchise.

On The Walking Dead, Season 9 had few time skips and presented an older version of 'Judith Grimes.' If AMC is biasing on the next generation of humans, the show could likewise have a dystopian Young Adult vibe in accordance with a popular franchise like The Hunger Games and The Maze Runner.

You May Also Like: Jeffrey Dean Morgan Not Best Pleased Being Replaced As The Walking Dead's Greatest Villain

In any case, it sounds like there’s still a lot of life in the rotting cadaver of The Walking Dead.