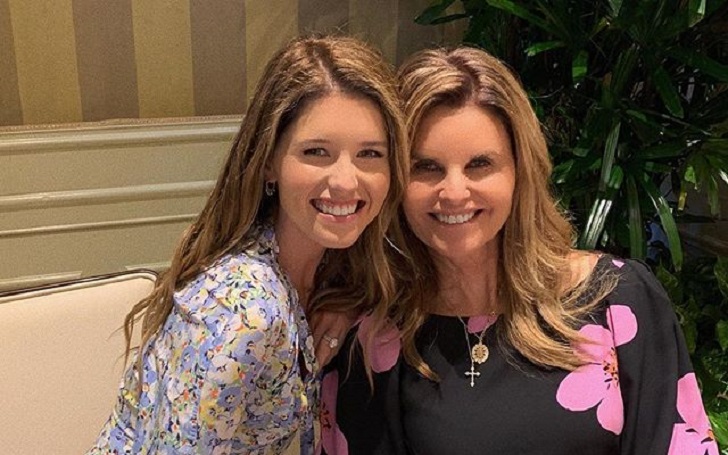 The daughter of Arnold Schwarzenegger was spotted in her usual leisurewear attire as she enjoyed a peaceful weekend with her family. She dressed up in a black 'BB' T-shirt, shiny leggings, and matching slide sandals for her yoga class with a pink sweatshirt wrapped around her waist.

Katherine's brother Patrick was under a navy fedora with a 'Lovers' t-shirt while walking alongside his girlfriend, Next Model's Abby Champion. The pair later partied at The Bungalow in Santa Monica.

Husband Chris Pratt was not with his 29-year-old wife in the quality time though. The two met at a church when being introduced by Katherine's mother and married on June 8 at San Ysidro Ranch in Montecito after a year.

Kathrine is now the step-mother to Pratt's almost-seven-year-old son Jack who Pratt shares joint custody with his previous wife, Anna Faris. The 'Mom' star and the 'Guardians of the Galaxy' star split last year on October 16 after announcing their separation in 2017.

'The Dog That Changed Me' podcaster who authored the 2017 children's novel 'Maverick and Me' gave her 983k Instagram followers a glimpse of her new book in a photograph with blurred out whiteboard.