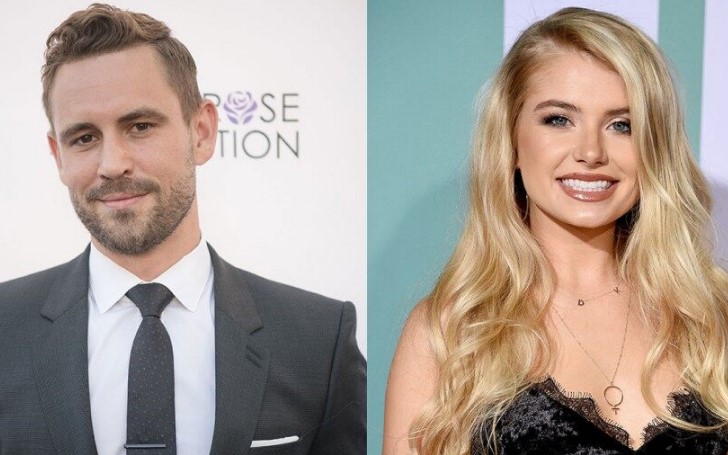 Nick Viall cleared the water, he denied he is dating Demi Burnett.

A lot of speculations are floating on the internet right now for 'The Bachelor' star Nick Viall and the 'Bachelor in Paradise' star Demi Burnett.

According to the latest rumors, the two reality TV show contestant are in a dating scene; however, that's not true, according to Nick. The Bachelor star, addressing the rumor, recently spoke the speculation for him dating the 'Bachelor in Paradise' star is nothing but false.

Nick Viall said he is not dating Demi.
Source: People

The star on the Wednesday episode of Viall Files podcast clarified all people who were happily speculating the love story between the two. Viall shared, "Demi is a close friend, a dear friend. We've become close, and I care very much about her."

Nick even went on addressing on of the anonymous Reddit user who claimed they are more than just friends. He said, "I've been violated. We've talked about Reddit before on the show."

Nick added, "I've tried not to go on. I haven't been on it in some time... But I do have friends and an occasional fan who reads, and they brought it to my attention that I now live with someone in my intimate building -- it's a building in Venice, and there are six units -- and I live with someone who's been spying on me."

Nick said the violator should stop spying on him.
Source: People

Apparently, the rumors started to spread when the alleged violator spotted Demi entering Nick's home. Nick said, "Demi has, in fact, been to my place, as sometimes friends do go to each other's places. If you're 'Venice Lurker,' please stop spying on me and invading my privacy."

Well, the reality star cleared all the water, but will fans believe it? But is Nick even speaking the truth here? We have seen stars denying their romance, could this be one of those romance too.

Well, we will find it soon. For more information on your celebrities' lifestyle, TVs, and Movies, stay tuned to Glamour Fame and don't forget to sign up for the newsletter.

The Real Reason Hannah G. Went on 'The Bachelor' Revealed