Nicki Minaj Wants To Play Catwoman In The Batman 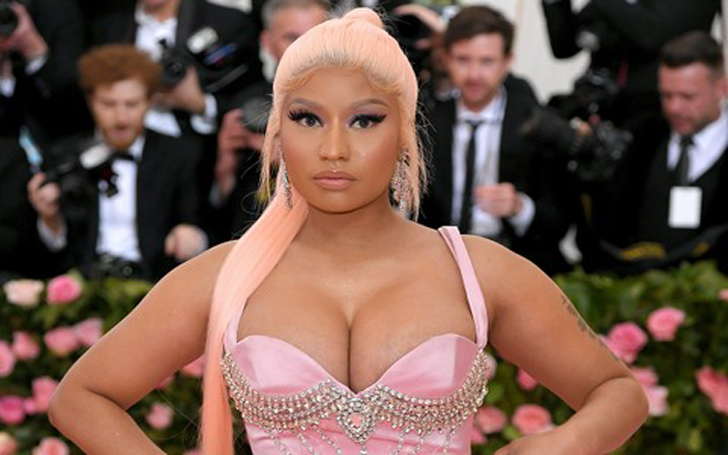 Nicki Minaj has thrown her name in the mix for the role of Catwoman!

Robert Pattinson starrer Batman movie is in full swing with director Matt Reeves attached to direct the flick. As he is the only person currently attached to star as the Dark Knight to Gotham, Warner Bros. is now looking at actors and actresses to fill out the roster with a talented cast.

The movie which comes some three years after the Ben Affleck starrer Justice League will have the titular character facing off against a rogue gallery of six to seven villains in the new flick but the one character among the villains getting the most days in the sun is Selina Kyle's Catwoman. This will not be the first time Catwoman will appear on the screen as Michel Pfeiffer and Anne Hathaway have done the leather suit and wreaked havoc against the caped crusader.

Well Selina Kyle is coming back to the Batman franchise, and that is all the talk on the internet, with fans doing their dream castings with names like Vanessa Hudgens, Aubrey Plaza and Kristen Stewart (insert 'Oh! Hell No' meme right here) being thrown around for the role of Catwoman. Well, now it seems one of the unlikeliest people has thrown her hat in the ring, Nicki Minaj.

The multi-talented rapper, songwriter, Grammy winner, and actress has thrown her name in the mix. Nicki Minaj, who has starred in the 'Ice Age', 'The Other Woman', and 'Barbershop: The Next Cut' will next be heard voicing the character of 'Pinky' in the sequel of 'Angry Birds'. While promoting the movie, she posted a video of her character on Instagram, and Superstar Jay commented on the video suggesting the talented rapper should play the role of Catwoman as a next step in her career.

Well, Nicki was quick with a response as she replied to the comment saying, "I'm ready. Ha!" We know she is merely joking by saying that but it will be a fun cast if they do decide to give the 'Anaconda' singer a go at the character.

The exact details of the plot of the new Batman movie are kept under wraps as the only thing we know so far is that multiple villains will make their appearance in the flick and the story will deal with the formative years of Batman. The story will focus on the much younger Batman during his formative years as he starts his career as the crime fighter of Gotham City. The caped crusader will use his detective skills more in the new flick as Robert Pattinson will star in the new series of a trilogy that WB hopes to launch from the first movie. We will see WB release the Joaquin Phoenix starrer Joker next.

Watch: The trailer for the new DC film Joker

Everyone it seems is in the running to star in the Batman flick, but the one coveted role of Selina Kyle will be the one everyone under the sun will have their eyes on. Though we do know Nicki can rock those leather fitting-suits, we want Nicki nowhere near the role. Robert Pattinson is already an out-there choice; we cannot handle two weird castings for the same movie. The new Batman by Matt Reeves will hit theatres on 25 June, 2021.