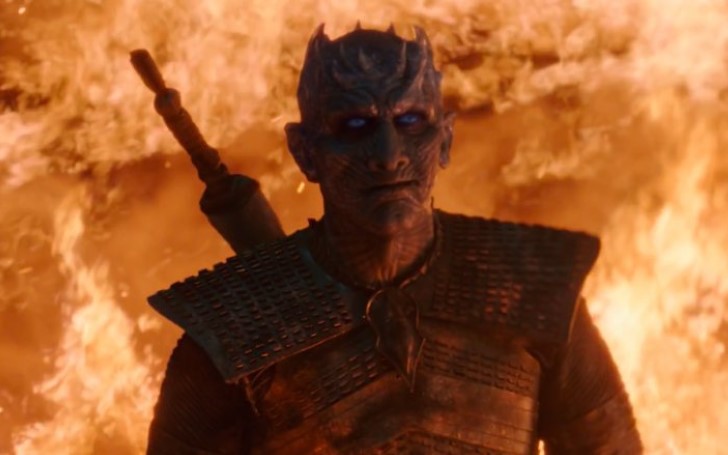 Night King actor did a lot more than just being the leader of wights in Game Of Thrones.

As well as playing the key role of the Night King in Game of Thrones, Furdik has officially had a significant impact on the development of the background story, showing up as a trick twofold for one of the characters in Bran’s visions of the past. In the flashback when Bran sees 'Ser Arthur Dayne' battling with a young Ned Stark, who is attempting to rescue his sister 'Lyanna' from the Tower of Joy, it isn’t actually the actor who plays Ser Arthur, Luke Roberts, that we see fighting – it’s actually Vladimir Furdik.

There's also strong speculation that the actor is all set to reprise his role in Game of Thrones prequel series, The Long Night (working title).

Night King managed to gain a lot of attention while being alive in GoT. An array of theories were speculated regarding his origin, motive as well as fate. Much to viewers' disappointment, the character didn't meet its fitting end or the one which he really deserved.

Game of Thrones finale officially became the worst ending among the bad tv conclusions. An abrupt shift to the arcs of its characters, an irrelevant conclusion to an epic subplot or the plot itself and top of all demeaning its true standard seasons by seasons, Game of Thrones really derailed from what it once had set in the genre of TV.

What's more, for the most feared character, the writers didn't bother to find a couple of minutes to stand him up against some challenging duels, one that could have really shown if the character was really up to his myths. Instead, he died in the most ridiculous way possible even for the punitive character from the series.

Despite not having any spectacular roles besides the Night King, Furdik is in the Hollywood industry as an actor and body double since 1990. As a stuntman, he is credited in films such as 'Tristan and Isolde,' 'Eragon,' 'War Horse, 'Prince of Persia: The Sands of Time,' 'Robin Hood,' 'Thor: The Dark World,' and 'Skyfall.' He likewise appeared as an Andrzej in Sherlock Holmes: A Game of Shadows and one of the four ship guardians in Prometheus.