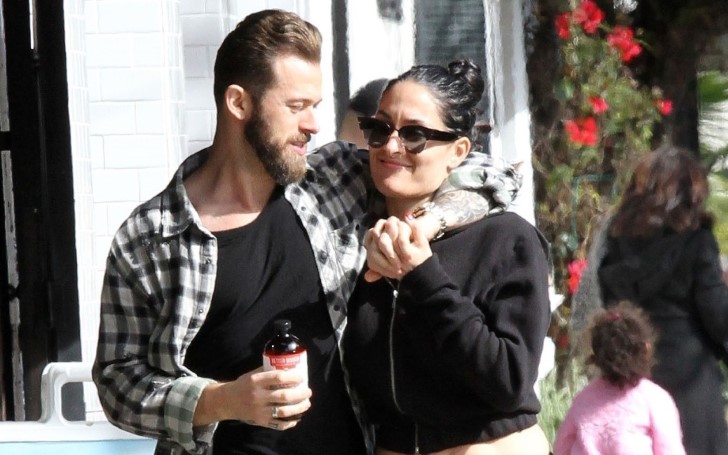 Nikki Bella showed off her cleavage in a deep cut sundress as she had a romantic time with Artem Chigvinstev.

Former WWE superstar Nikki Bella was seen flaunting her stunning figure, showing off her assets in a plunging dress as she toured the Napa Bottlerock festival grounds with her boyfriend Artem Chigvintsev.

The 35-year-old actress decked out in a cream-colored mesh dress that bared her impressive cleavage and hinted at the rest of her trim figure. The skirt was equally sexy as it was made up of sheer white see-through fabric so her long lean legs could be seen with a just pair of white bottoms underneath. 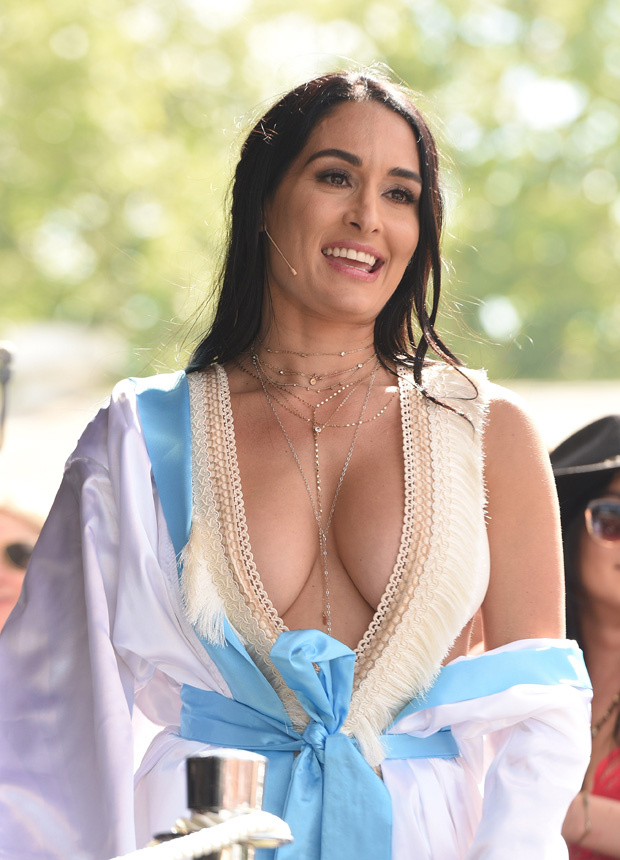 The former WWE star's outfit featured an intricately designed layer of lace around her bust, and a row of stringy fringe as she showed off her hairstyle inspired by Game of Thrones‘ Queen of Dragons Khaleesi (Emilia Clarke).

Nikki added a bit of flair with an array of thin gold necklaces draped over her throat, sets of ring and bracelets. The model displayed a bronzed glow and enhanced her natural beauty with a smokey eye and a glossy nude lip. 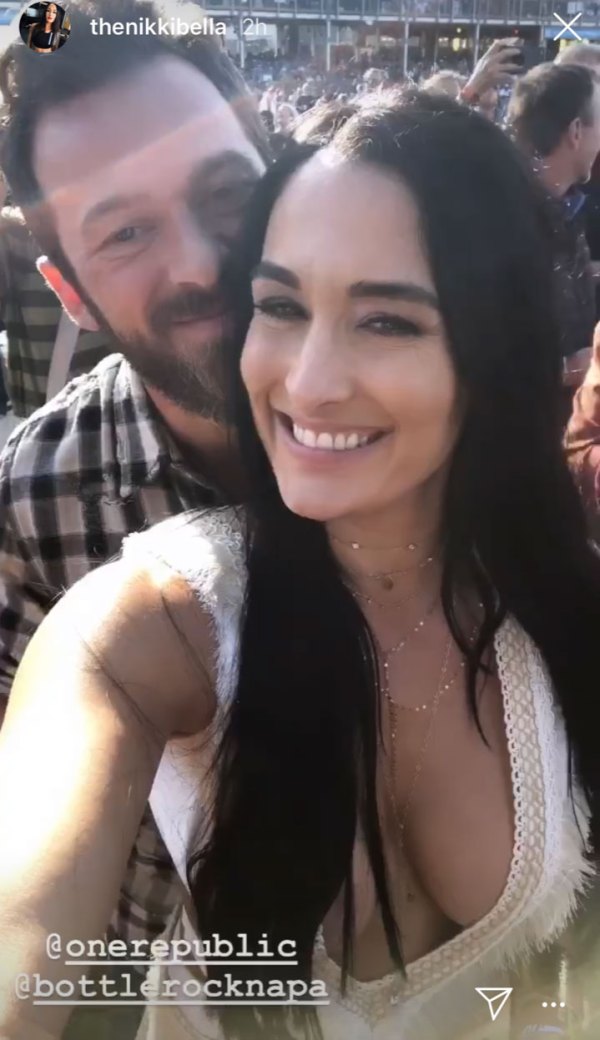 Nikki and Artem continued their romantic trip as they visited a winery.
SOURCE: US Magazine

The duo continued their romantic trip as they visited a winery and he planted a big kiss on Nikki’s cheek in a sweet photo. The pair was joined Bella’s twin sister, Brie, and pals to see pop rock band One Republic perform.

Chigvinstev arrived on Napa just a day before in order to join his beloved girl. The 35-year-old model posted the sweet romantic video on Instagram in which ran towards her beau Artem and jumped into his arms, wrapping her legs around him for a passionate embrace.

'Dancing With The Star' alum has been away in the UK for the last several weeks so it was obvious she was so happy to see her guy.

Furthermore, the wrestler's dream came true as she got to participate in a cooking contest with two of Top Chef‘s most popular contestants ever, brothers Bryan and Michal Voltaggio at the Northern California music and food festival.

After ending up his 6 long year relationship with former WWE superstar John Cena, Nikki began seeing her former Dancing With the Stars partner earlier this year. Hope they will turn their relation into blissful marriage soon.