home Entertainment What is Noah Centineo's Net Worth in 2021? Learn About His Earnings and Salary Here

What is Noah Centineo's Net Worth in 2021? Learn About His Earnings and Salary Here 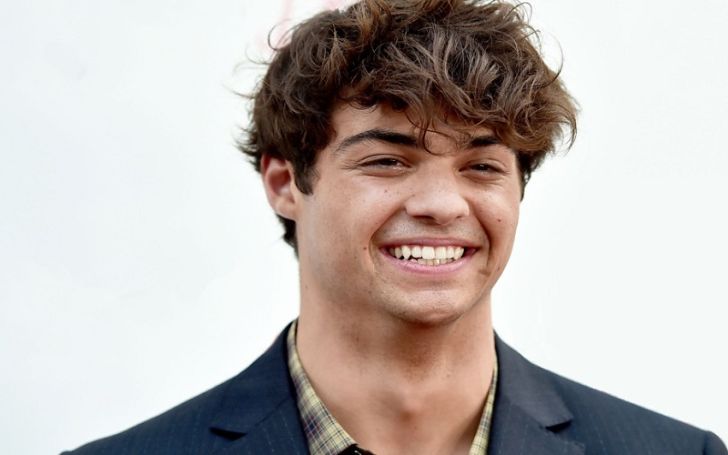 Learn all the exclusive details about the net worth and the bank balance of Noah Gregory Centineo.

Noah Centineo, born on (May 9, 1996) in Miami, USA, is an actor, voice actor, and model. Gained first recognition through Jaden Stark's role in the Disney Channel film How to Build a Better Boy (2014). Then he was subsequently cast in the Disney Channel comedy pilot Growing Up and Down (2014).

The 25-year-old enjoys a luxurious lifestyle, thanks to his dedication and hard work towards his passion for acting and modeling. Read ahead to know about Noah Gregory Centineo's net worth as of 2021.

According to Mddailyrecord, the net worth of Noah Centineo is estimated to be around $3 million as of 2021. Being famous as an actor and model gave him access to a whopping six-figure fortune.

It is believed that he made $16000 and $18000 per episode of the television series called The Fosters (2013). Likewise, in 2017, Centineo began starring as Hawk Carter in go90's teen drama-thriller series Tagged, which ended in 2018 and similarly appeared as Camila Cabello's love interest in the music video for her single Havana.

In 2018, he starred in the popular Netflix teen rom-com To All the Boys I’ve Loved Before. The movie came as a breakout for Noah and rose in popularity, added millions of followers to the Instagram account after few days of launch on Netflix. He currently boasts a massive 18 million followers.

Shortly, in 2019 he returned to another Netflix comedy film leading role in, The Perfect Date and the supporting role as a Bosley in Charlie's Angel Reboot. He also returned as Peter Kavinsky in the sequel of  All the Boys Always and Forever (2021).

Centineo and his friend Josh Heller co-founded the non-profit organization Favored Nations. That produces a sale variety of merchandise in collaboration with celebrities/influencers and likewise works as a negotiator between donors and charities, where each contributor can contribute to a charity.

The nonprofit organizations include Policing Equity, Black Lives Matter, K, The Bail Project, now Your Rights Camp, Color of Change, and the Florida Rights Restoration to bring alliance. The organization gained a lot of media observation and attracted many celebrities and influencers to philanthropic activity.

As per the latest report, Noah is currently dating a 23-year-old Anastasia “Stassie” Karanikolaou. Centineo and Karanikolaou started seeing each other in the late 2020s, but they kept a low profile on social media. It was reported that the couple started dating in October after they were seen lip-locking at a private party just before Halloween. Karanikolaou is the BFF of the famous reality star Kylie Jenner.

Before he got into Stassie, He dated Alexis Ren in 2019. He and Alexis Ren met as a friend before making their red carpet debut as a couple at the UNICEF Masquerade Ball in October 2019. Unexpectedly, after more than a year of dating, the two parted ways in April 2020.

Just before when he got into the relationship with Ren. Similarly, Noah was rumored to be dating actress Lily Collins in 2019. Likewise, Noah dated Angeline Appeal, too, who appeared on an episode of The Fosters back in 2016.

For your favorite celebrities' lifestyles, net worth, and other news, stay tuned to Glamour Fame.