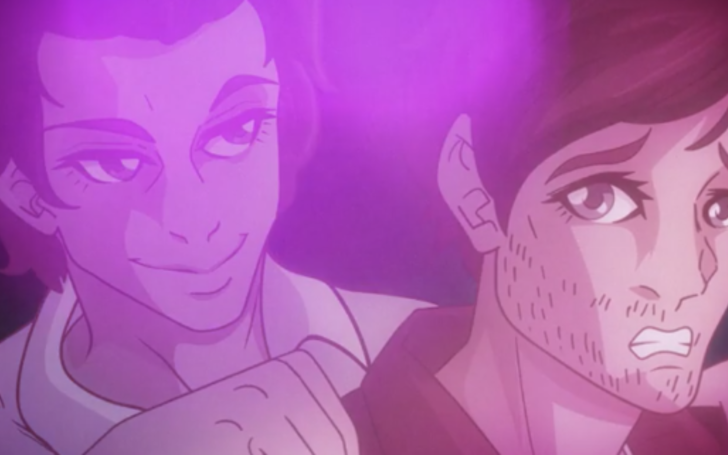 Louis Tomlinson seems quite upset over the animated sex-scene between him and Harry Styles portrayed in HBO's "Euphoria".

The 27-year-old One Direction star Louis Tomlinson took to Twitter on Tuesday and announced that he had never approved the animated scene of sex between him and his former bandmate Harry Styles.

In the recent episode of HBO's drama 'Euphoria', the character 'Kat Hernandez' writes a fan fiction about the members of the boyband entitled "Larry Stylinson," shown in an animated sequence, which demonstrates Harry sexually acting on Louis.

Check out the exclusive video from Euphoria Season 1, episode 3.

On Twitter, after an enthusiast fan noticed Styles was close to many of the people involved, and was probably aware of his pictured cameo, she said, "You can't just tell louis’ not gonna like it.”

Then Tomlinson responded saying, “I can categorically say that I was not contacted nor did I approve it.”

After Sunday’s episode, the plus-size model and actress Barbie Ferreira who plays Kat, posted an Instagram photo on Monday squatting next to a life-size cardboard cut-out of Styles. She captioned “Tonight’s episode of @euphoria without context.”

"This is completely disrespectful and you guys should delete it" One tweeted.

Another tweeted " Wow! they even mentioned their names like seriously wtf? Louis even has a girlfriend"

Well, the fans have been fangirling Larry for a very long time but the recent take on Euphoria seems a little disrespectful. Of course, fans ship them but it could be nothing more than a fanfiction. What do you think? Let us know.

Will One Direction Get Back Together? Learn All The Major Rumors Since The Band Went Into Hiatus >>>

Stay tuned and updated for more articles regarding your favorite TV shows, Movies and Celebrities.